Read this in conjunction with the .

Simple definition: A divergence is when the price moves to a higher/lower point and the oscillator or indicator based on that price does not.

A bit more complex: Divergences also happen when the price moves to an equally higher/lower point while the oscillator doesn't.

A divergence occurs when:

In the first 2 instances the divergence calls for a short trade and in the second 2 it calls for a long trade. Divergences are much easier to see in diagrams:

Here are some examples of DeltaT showing divergence trades against the 1 minute ES: 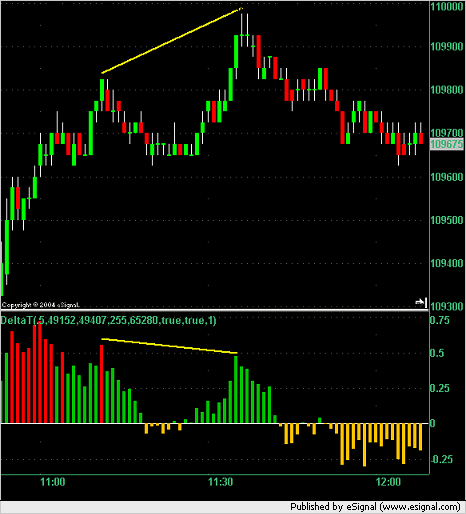 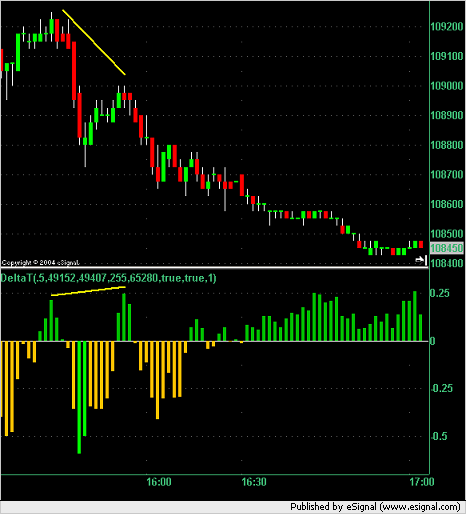 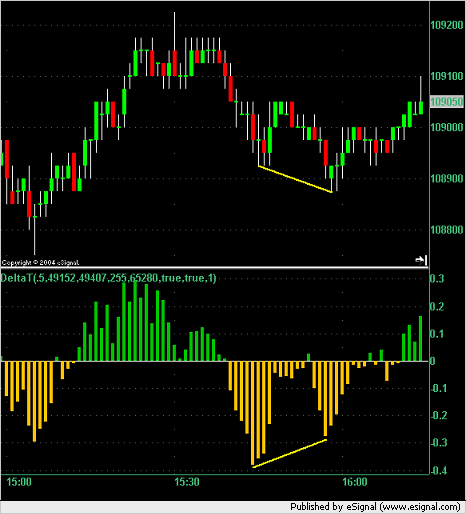 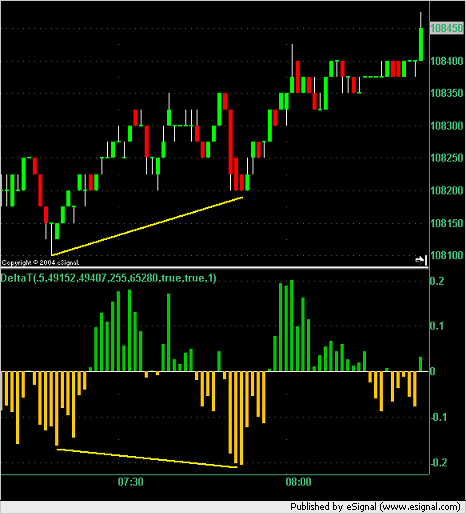