3 Days of Unfilled Gaps in the ES

The questions that everyone wants answered are:

To answer these questions I pulled RTH (Regular Trading Hours) data out of my data base of prices since the ES start trading which dates back to 2 April 1998. The closing price that I used for each day was the last traded price and not the settlement price. RTH is from 9:30am to 4:15pm ET.

Only unfilled gaps in an up pattern

Because I am only interested in finding out what might happen on the fourth day in this particular pattern (the up/bull pattern) I filtered out all unfilled gap patterns except those where the gaps were above the previous session’s close. This reduced the number of 3 unfilled gap runs to 5, including the run from last week. There were no up-runs of 4 or more.

Here are the dates of the third day:

I’ve created 4 charts to show you the ranges above including a couple of days before and after where appropriate.

This chart covers both of these runs as they were so close together. In my opinion, the 3 day unclosed gap run that most closely matches the current (15-June-2007) gap run is the first pattern on this chart. The second pattern, although the gaps are all up-gaps, the days had their closes below their opens. 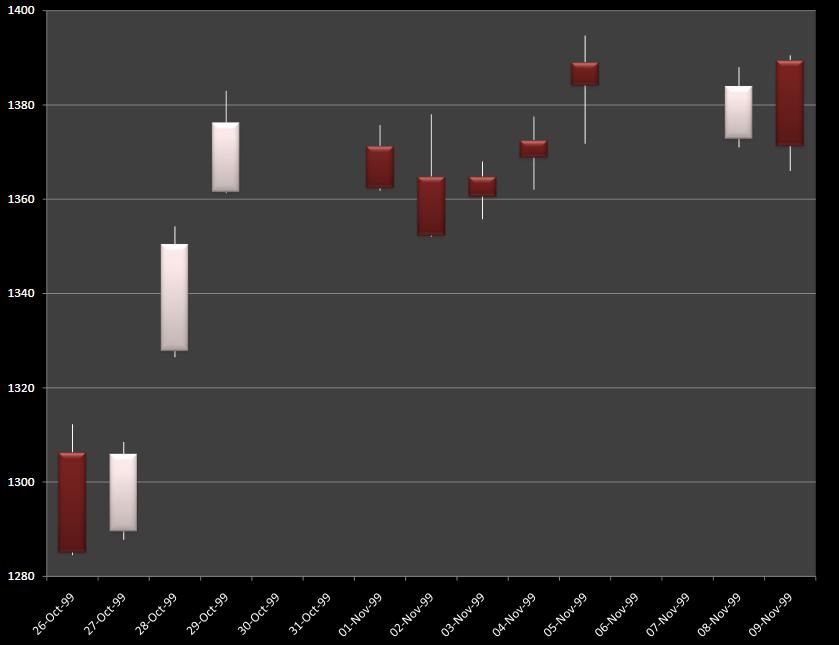 This pattern is probably the second best match to the current (15-June-2007) gap run but the third candle from the right on this chart is an FOMC Fed Day which needs to be considered. 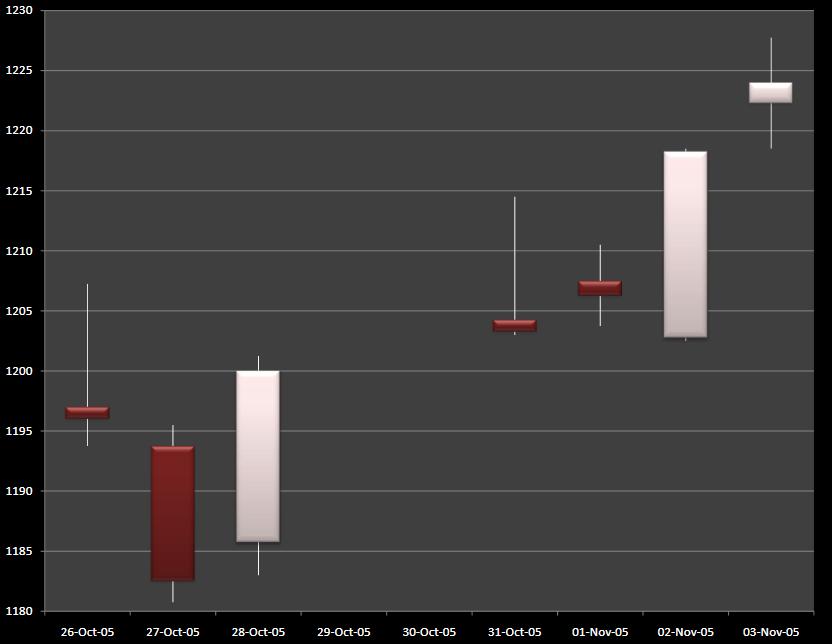 This is the current 3 unclosed gap run (at the time of writing this). 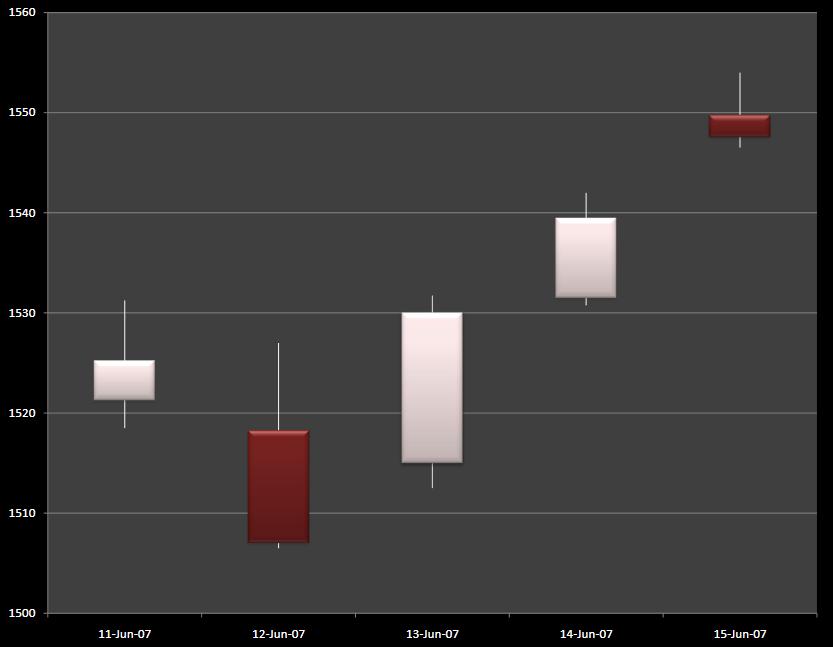 If you wish to comment on this article or ask questions about it then please do so in the forum. If you are a member of the forum with emails enabled then you would have received an email letting you know as soon as important articles like this are published.