Paul Volcker is an American economist and was chairman of the Federal Reserve from August 1979 to August 1987 during the presidencies of Jimmy Carter and Ronald Reagan.

In February 2009 he accepted the position of Chairman of the Economic Recovery Advisory Board serving under President Barack Obama. 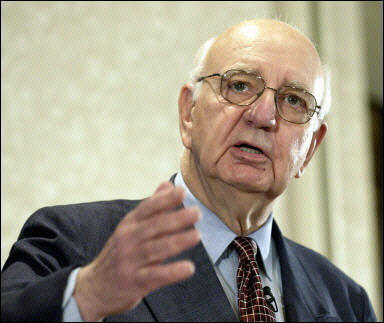