A Wolfe Wave is a predictive pattern used in technical analysis. It is said to be present in all securities markets and all time frames. Because Wolfe Waves rely on time as one component it may not be as reliable when using it on a non-time based chart, such as a tick, volume, or range chart.

The Wolfe Wave is named after Bill Wolfe and Brian Wolfe who say that they "discovered it, and did not invent it."

In its most simplistic terms the Wolfe Wave pattern consists of five waves with the fifth wave extending beyond the equilibrium line. Traders will then extrapolate a line from wave 1 to beyond wave 4 in order to ascertain a predictive price at point 6. 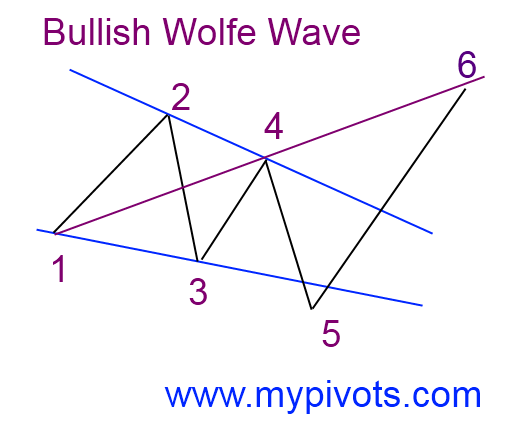 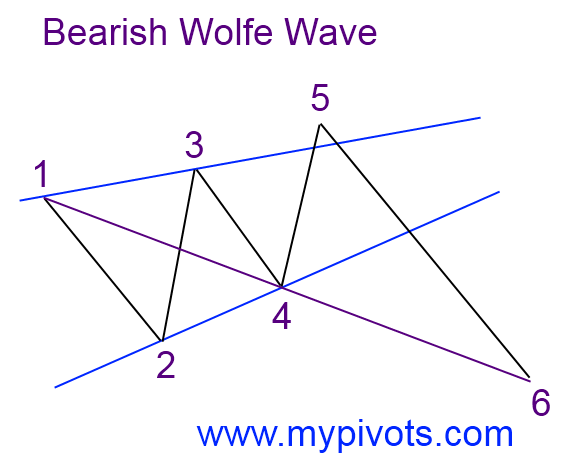 Wolfe Waves have the following characteristics.


There is regular time between all waves. (This is why tick, volume and range charts may not produce accurate Wolfe Waves.)

The target exit point for the trade is a price along the line created by waves one and four at point six.