Ben Shalom Bernanke is the current Chairman of the United States Federal Reserve. Previously, he served as Fed Governor and Chairman of President George W. Bush's Council of Economic Advisers. In 2009, he was named the TIME magazine person of the year.

His critics often refer to him as "Helicopter Ben" because of a Milton Friedman statement that he referenced about using a "helicopter drop" of money into the economy to fight deflation. 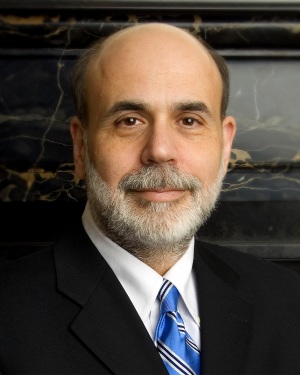