this is taking stocks down right here

How long is long term? Re the US debt situation it feels like the Fed is trying to keep the tsunami from covering the land and they may hold it back for a while but in the long term I think nature wins.

On top of the overdue S&P action, China also said this morning they were looking harder at diversifying their currency holdings. Eventually they will be compelled to do it too.


I am the first to admit that my opinion doesn't matter. That said, if the US deficit situation continues to be politicized and that's used to keep kicking the austerity can down the road I think the US problem will only get more eand more serious. The thought that nothing can be done until after the next presidential / senate / house election is fiscal suicide IMO as the world can't wait that long unless there are no other viable alternatives to the dollar. A good case can be made the Euro and Yen aren't viable alternatives but I am not sure the same can be said about the Yuan unless the Chinese just won't allow it.

That's a long way of saying I am very concerned because the prevailing US Administration and Senate view seems to be that the sky will never fall but don't know what will happen by year end.

yea, I see the knee jerk reaction .. but what about long term ..

6e has a strong reversal signal on the weekly .. 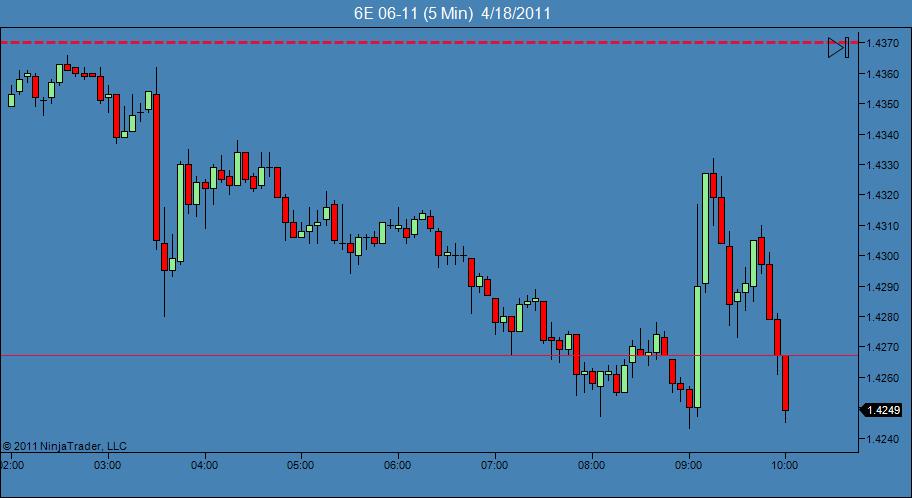