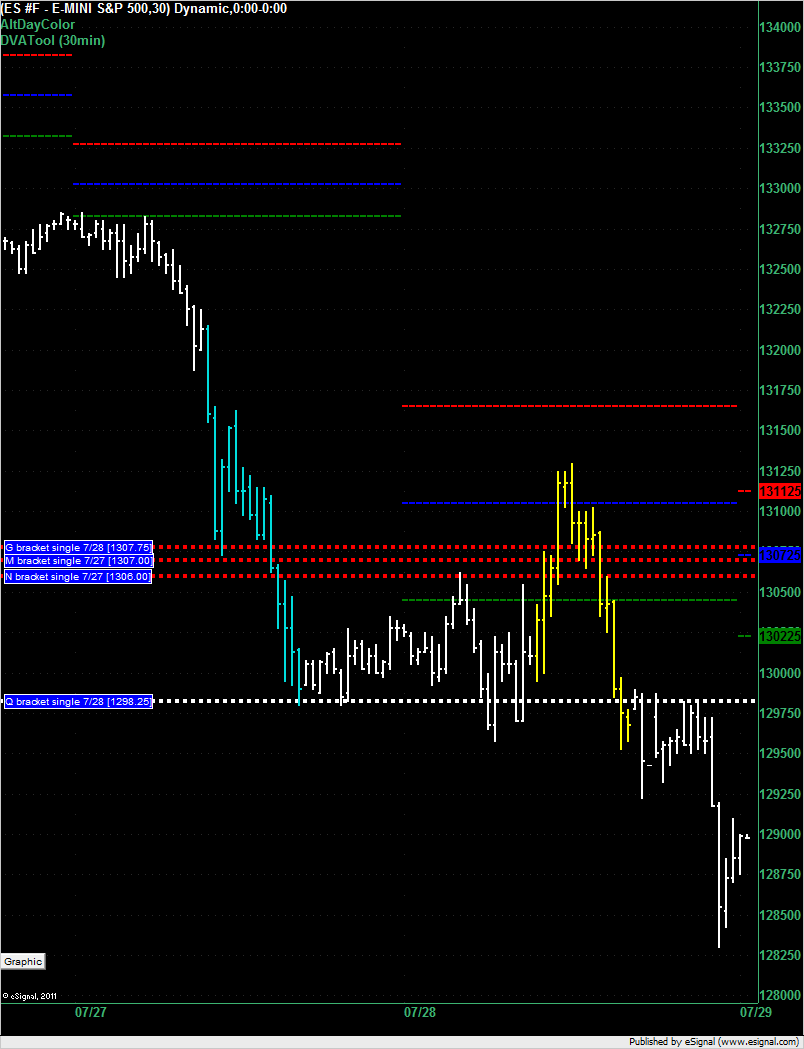 Summary for today's trading - Friday 7/29/2011 - I'm just going to look at the single prints to see how they would have worked.

The Q bracket single print was created on Thursday 7/28 at 1298.25 and in after market trading provided resistance, point 1 on the chart. We next saw that price at point 2 on the chart in the 4th bracket of the day when the market made a high of 1300.75. Had you shorted at 1298.25 you would have suffered through a 2.5 point draw down. Traders with 2.5 point stops would have lost on this trade. Traders with higher risk would still have been in the trade.

In the run-up to point 2 another single print was created in the 3rd bracket at 1290.25 (point A). This turned out to be a perfect target or reverse point for the short down to point B. Profit would have been 8 points: The difference between the two single print prices.

Had you gone long at today's single print (or reversed), point B, your best run-up to point C was 1297 even for a max run-up on 6.75 points. The market eventually dropped down to a low of 1285.25 which would have been a 5 point draw down and a losing trade. However, given that you'd previous had a 6.75 point run-up I'm guessing that most traders would have had their stops at break-even in the worst case scenario and would have already taken some profits. 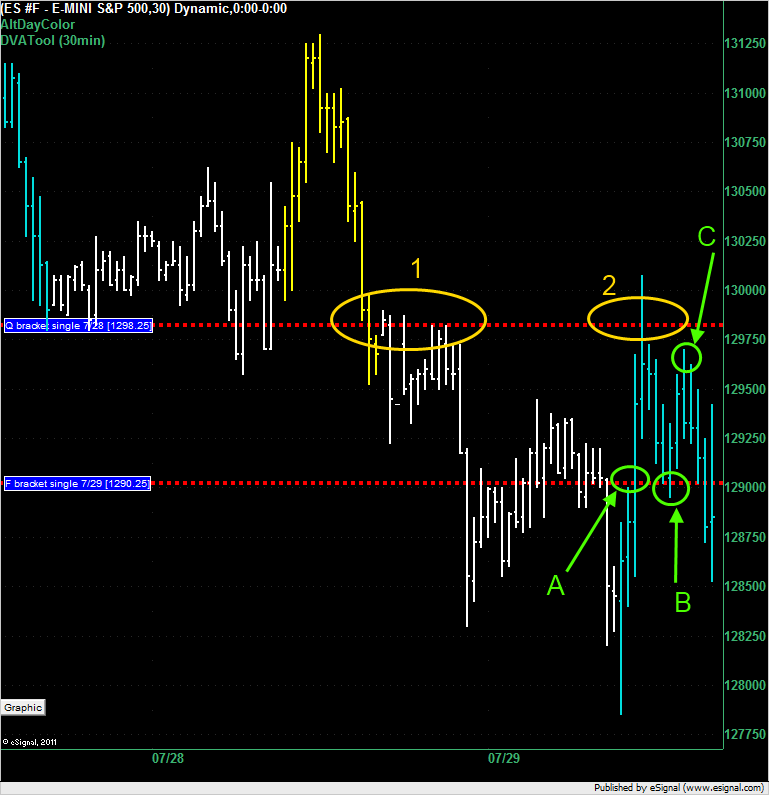 I did not trade those singles today but I would be interested to hear from anybody that traded them and hear what they saw while prices and action was unfolding. It's easy and pious for me to look at back at a day's chart and point out trading opportunities after the fact.
DT thanks for the single print posts. i have not traded them up to this point and I'm studying them.

I would be curious if any Market Delta followers could offer a signal that occurred on the successful trade that did not appear on the failed trade.

Good luck to all.
The biggest challenge I have is to make a good entry. I trade Russell Futures and I do not like to have a top more than 2 points which is 200$, preferably lower if I can help it. If you wait for your candlestick confirmation pattern at VAH/VAL or any other support or resistance level you use then by the time the confirmation comes on a 5 minute chart, the trade has already slipped, and the stop becomes greater than 2 points. If on the other hand you pre-place the order then you are hoping your analysis is correct and more importantly precise.
I would appreciate if other traders can share their thoughts on how they neter their trades and where do they place stops(obvious stop points are swing highs and lows...)