Buys would have be under that current overnight low ideally down near 51.50 as last weeks high is there to also lean on for potential support. Initially we need to be thinking about mean regression back to 1355

If we start seeing signs of failure at the 51 area then they should go to fill in 47.50 again as they like to fill in the second set of leftover single prints that aren't filled in.

The most important support point comes in at 43.75 as that is original single prints and an area where volume came into the market....it is also the peak volume area as per the weekly chart...I mentioned the 42- 44 area yesterday....it's really the same thing but now it may be support. Below here is 39.. 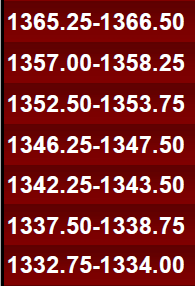 Will take the mechanical entry at 60.50 on the way back up. My projection of Kools tools shows an initial move to 62.25. My calculation not his.
On the 60.50 target 62.00
Stopped at 57.75. That double top at 61.25 was pretty unattractive, thought I survived the 10:00 am report. Live to fight again.
Thursday’s market was driven by short covering and a declining US Dollar; that is not a sign of strength. Long risk is high; however, there are no sellers; short sellers are continually punished.
Our references this morning are the prior overnight high on the upper end and the lower end of the upper distribution from Thursday’s pit session Profile around 1354.00. Any meaningful change will occur outside of those references.
This is both equity options expiration and the last trading day prior to a long weekend; markets will likely be thinner than usual.
That sounds like Dalton Khamore......we are still on target for the magnet which is right near the minus 4
i thought his name was David Kharmore!!!!!!!!!!!!!!

That sounds like Dalton Khamore......we are still on target for the magnet which is right near the minus 4 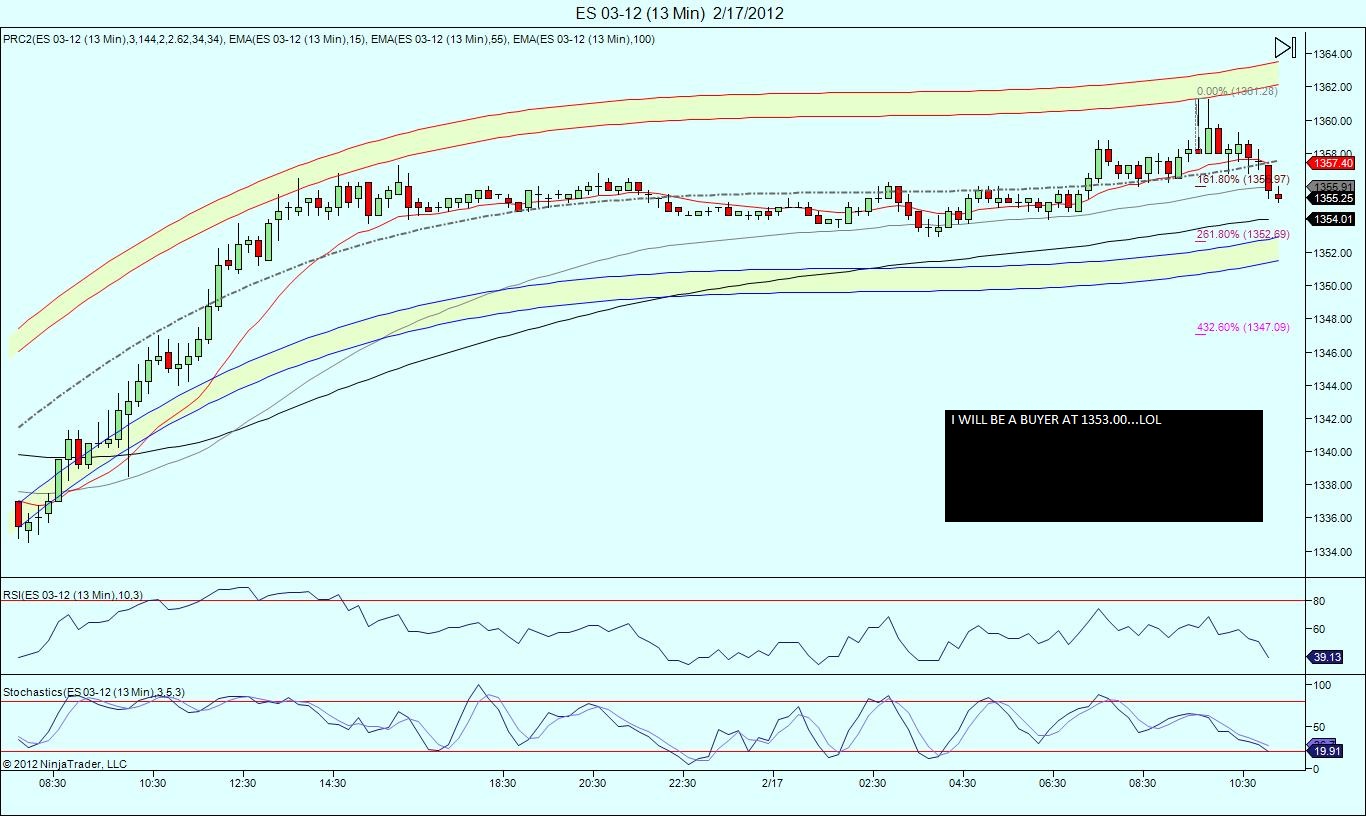