Yesterday was a 'double' inside day.

ES now opening outside previous day range near previous day highs and R2.
Hey Aladdin, Thanks for the posts the past couple of days. I appreciate the effort trying to keep posts going. I know when Bruce is away things get slow around here. Personally I haven't had the time to spend on these markets, hopefully that will change soon. I attached a weekly profile that lends some validity to your thought process. Now we just need to see which way she decides to go 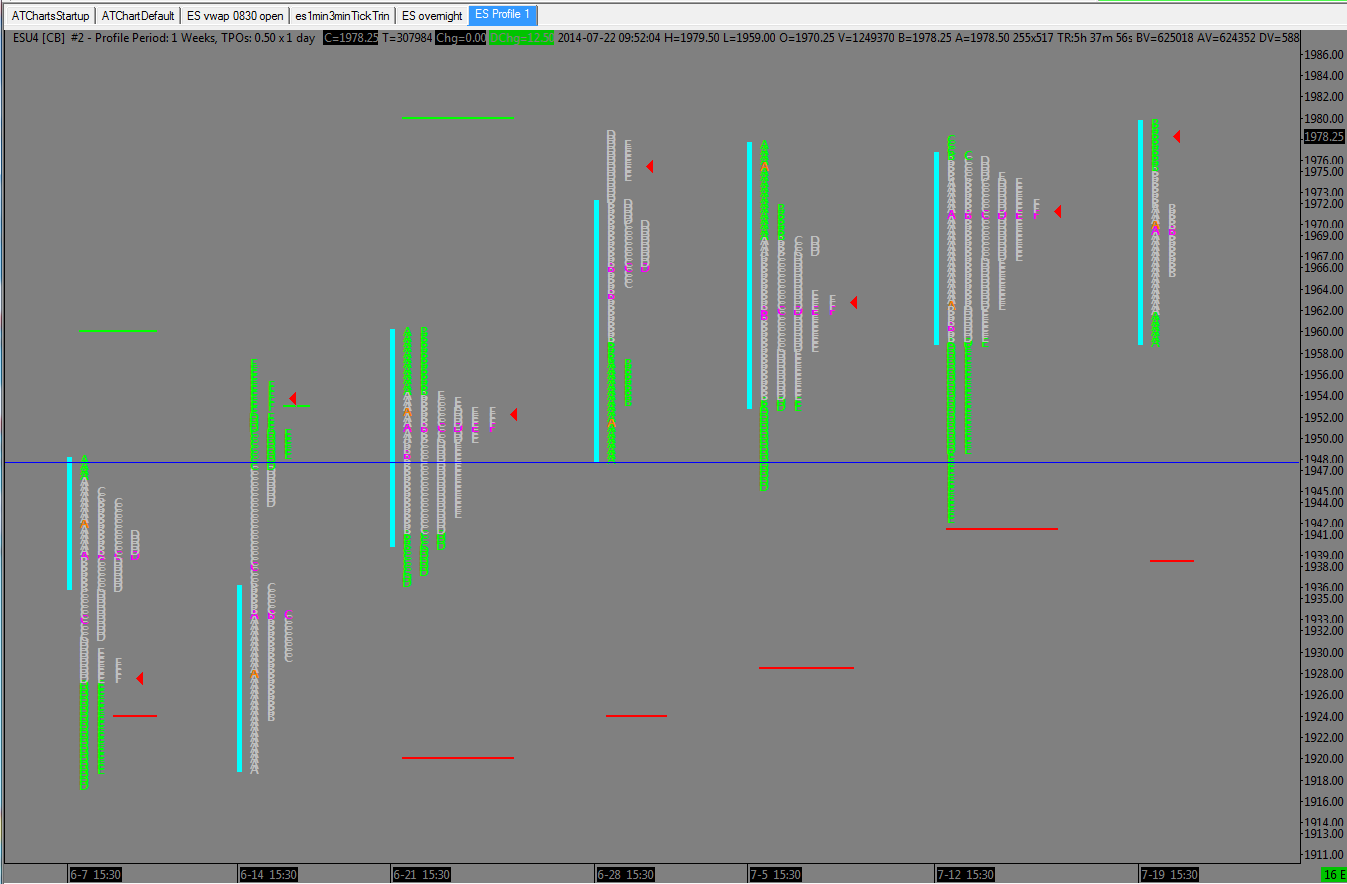 I just checked the glossary, he has an entry for poor/unsecured Highs or Lows.

A poor high is not a strong High... meaning it was not an excess High.
When you have a high that has only 2 (or 3) TPO letters as singles in the tail, they often are corrected by getting revisited.

This is the opposite of an excess high... an excess high is a longer line of singles at the top of a profile. I like to see at least 4. Those singles (a selling tail) suggest that prices reached up to levels where a consensus was reached and the conviction of the sellers was so strong that price made a one way move (DOWN) plowing through any bids that were in the way and letting the market know that the bears have made a stand right there. . It's like the market reached a point where the sellers were emboldened and nothing could stop the drop.

A poor high is just the opposite... price reached up to a level and then just lolligagged around ... never able to generate one sided trade (selling)... so the tail at the high was maybe only 1 or 2 TPOs.
Many times poor highs can represent that the market is TOO long. everybody is a bull (very short-term) so there is no one left to buy and price can break lower to clear out the weak handed bulls and then start right back up.

A poor high can be corrected by a movement to the level of the poor high or higher that inspires traders to sell so deliberately that price can leave a longer trail of singles in the selling tail. (that would be a good high, also called an excess high because it created selling conviction, and probably has more than one intraday leg to it.

I hope that helps... save that link above, Dalton has a good glossary
also, in my original comment, when I said look at the profile, I was referring to daily profiles. Bkay59 and I must have both been writing at the same time because his chart of weeklies was not up when I started writing my original comment...

Other... we have just completed a bracket that explored above the IB H but then came back down into the IB for a close...is that something Bruce has mentioned before as a sign of potentially week demand?
Thanks PAul very clear to me now......

Today we have a poor high (so far)
Here's a look at the dailies from the past few days, overnight sessions are included but the arrows indicate the many poor high's Paul referenced. 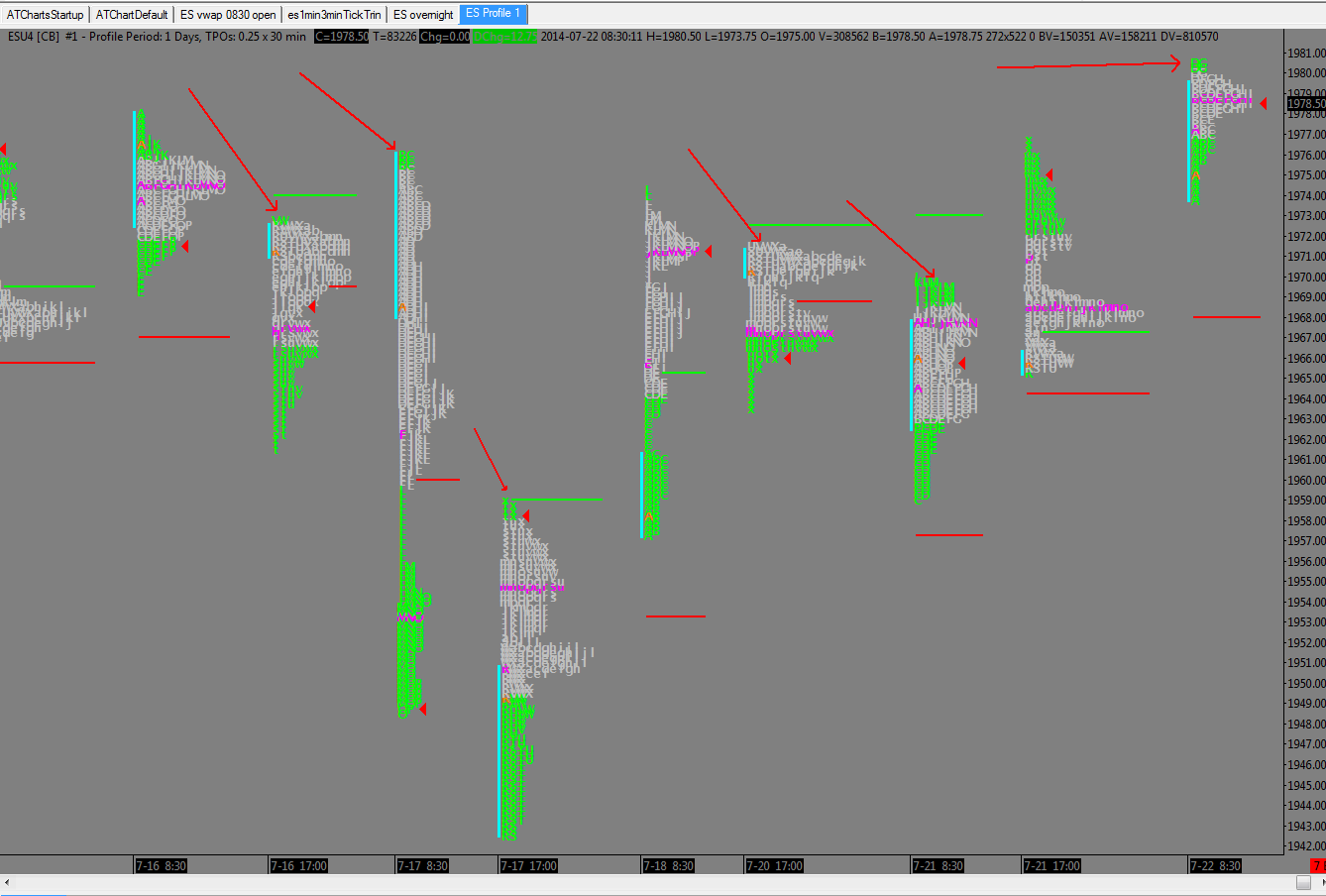