Divergence between ES and NQ at there respective O/N highs as NQ surpassed the 8:00pm highs made while ES did not.

ES has now traded back to yesterday's POC of 1337.75 and trying to stabilize.

CD divergence at the high also indicates to me O/N inventory is currently short. Do they have the strength to keep prices going lower?
that;s two sets......I want final exit at 31.25...that is original initiation point for me and that fills in second set of singles
not to sound like a broken record, but great trading bruce !
that's me flat on all at 30.75...not caring about one- two tics now....beautiful single print fill

I think that many times they know how people are trained to buy and sell right at them...

In this particular case we blew through it so I was trading for the retest from below.....and as usual, I was early up at the 31.25 buys just in case the POC players where going to win....they didn't win today.

another filter I always like is the 2 - 5 point range beyond key areas....they know that many smaller traders who were buying the 30 would use a 2 - 3 point stop....so after they take their money out, the market will often go up..once the small traders finish selling out the losers then there is nobody left to really sell so we go up.....just an unproven theory but if we combine that with the single prints then we have some good odds for a rally...or at least a mini up move


It is always safer to initiate in low volume when we have high volume near by...I'll use this morning fades as an example in the next post

not to sound like a broken record, but great trading bruce !

so in my last post I said it was safer to initiate in low volume and traget high volume...so in the day session the faders are using this low volume to look for shorts and will either add or take the loss in the high volume zone above up near 43.25 if it printed....


Look at right now.... many sold the 31.25 single prints knowing peak volume was above at 32 area ..hope some of that makes sense

O/N profile. Ugly hole there between 40-42 in the volume. 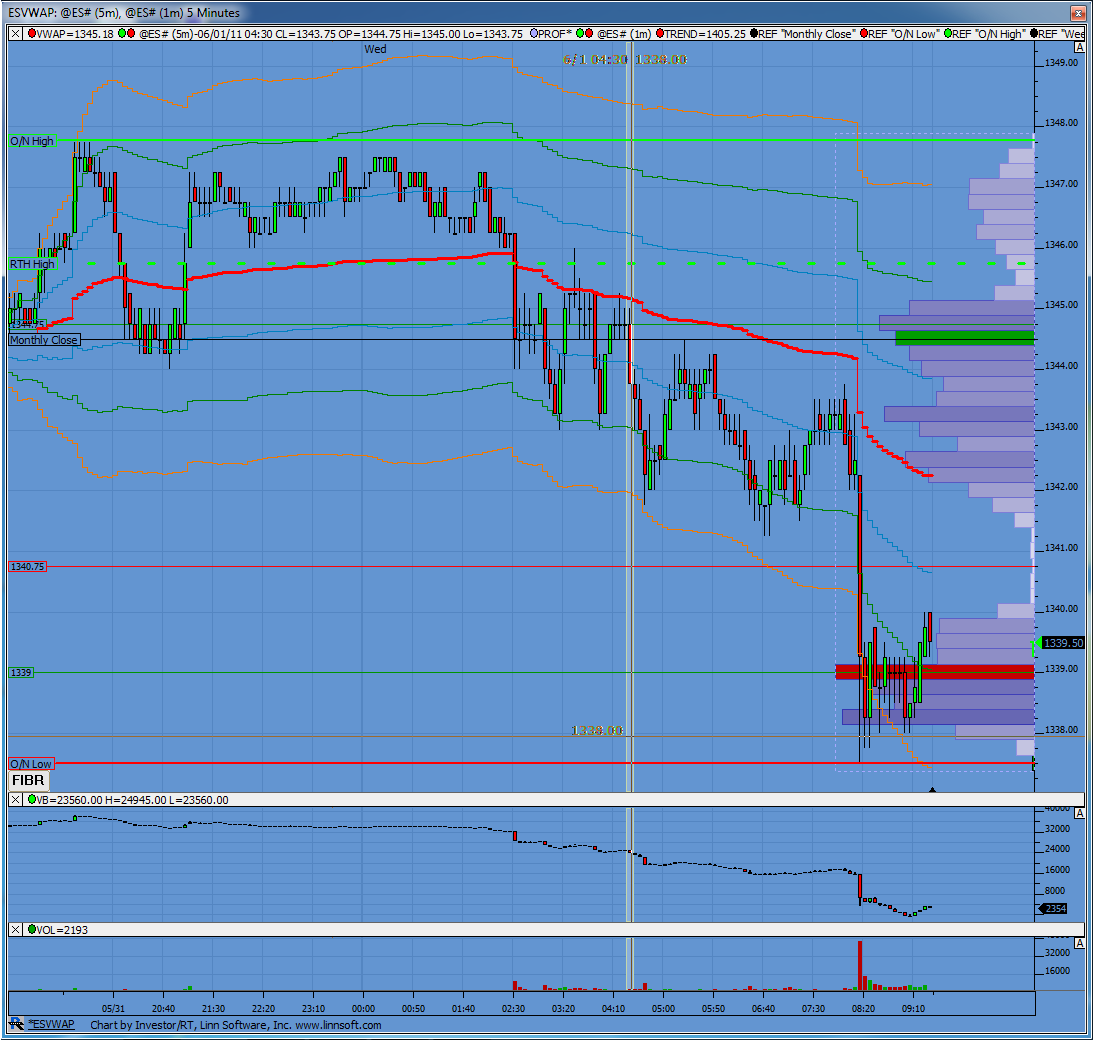 I'm a fader so I look for Low volume to fill in off range extremes so these examples are not specifically how I trade...I just want to point out the low- high volume combination concept...

The high volume builds up pressure and when that pressure is released it leaves low volume in it's wake..

here is how we look right now...we have high volume at 32.50 that built up pressure and then the pressure was released to the downside leaving low volume..

I wait for the low pressure to end ( in this case the selling and take the fade for any retrace back...) somebody who is more nimble could do both syles of trading......I'm not good enough or quick enough for both

here is the current chart...ignore the text up at 36 - 38 area..important part is to look at the histogram on the right which shows the High and low volume combination..I gotta run..good day all 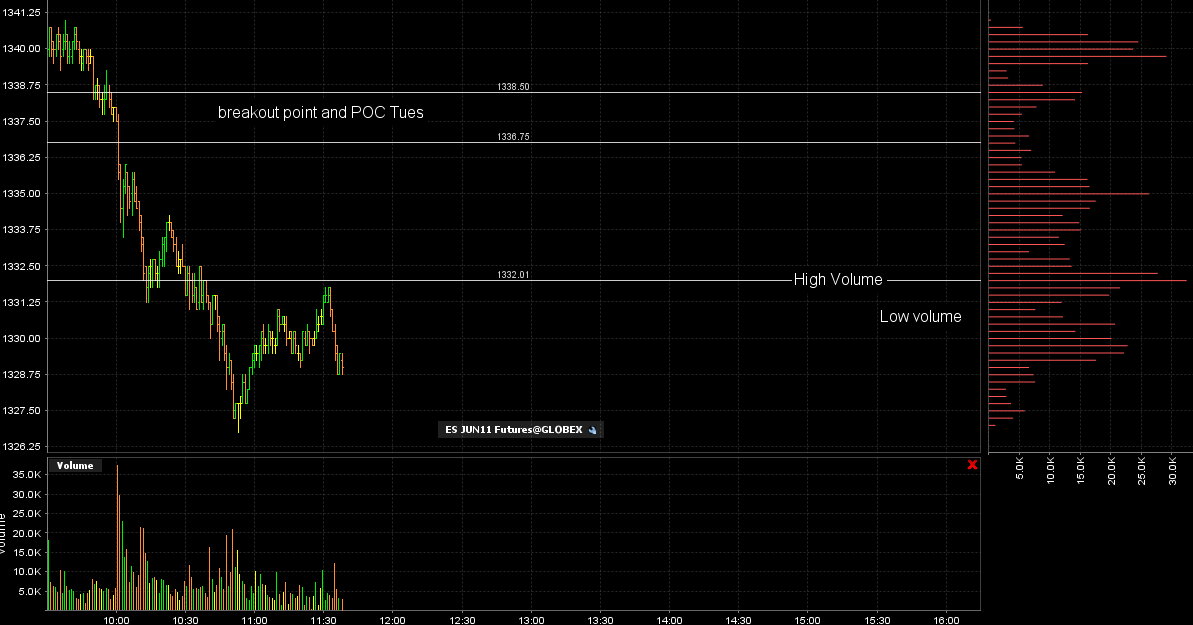 the bigger picture, slaps to myself for not checking the hourly chart as well, was over bought with divergent highs so was at risk of a pull back 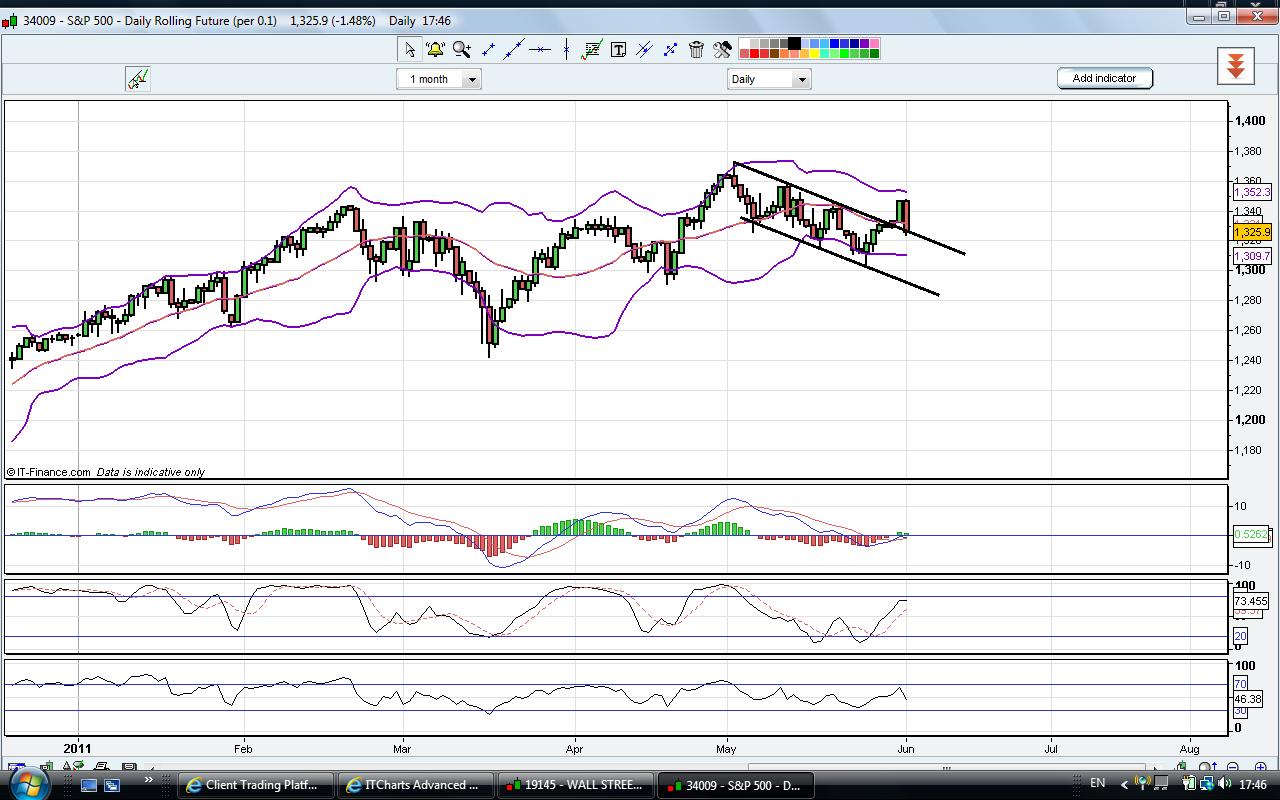