In the 'old' Dec contract I have: 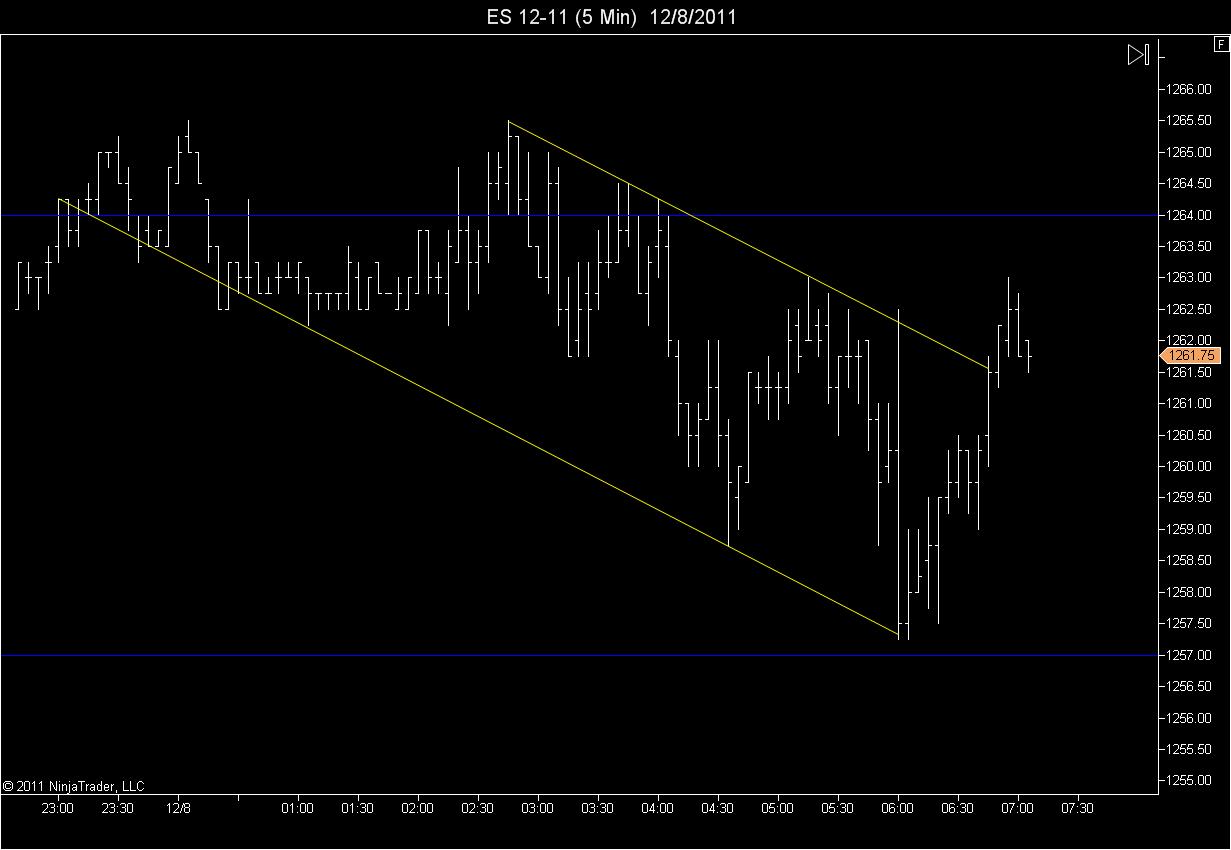 
They are trying to break it out of the bracket which goes fromn 68 down to the 43 area.
here is the bracket I am wacthing and they seem to be trying to create value higher so sells are higher risk in general. This may be a true breakout. I beleive they want to let the S&P travel a certain amount of range each week and so far we have only seen a 25 point range or so. Not much so I would expect that to expand before the close of Friday. Trying to figure out WHEN that will happen is the tricky part and breakout trading is not my strength.

I've quickly labelled the bracket high and low and the peak volume for this bracket.

went flat at 66.25...looks like I missed a big chunk of the selling but this is overnight so I donot have ammo to trade for longer targets....if I had more contracts on I would have tried to target the peak volume from the overnight at 1262....and then the 56 - 57.50 area as the overnight low is there......

I'll post the reasons for the sells later when I get my IRT charts fired up...
big selling came after merkel was on the tape saying there is no big bang solution for eu crisis and at the same time ecb president draghi announced the ecb is not gonna be buying more bonds, sthg that was idely expected (or hoped to use a better word)
that so far is obvious failure of a breakout. The ideal breakout trade would not come back and hold inside the bracket extremes so once below the 66 - 68 then all bets are off for that.

Many feel a false breakout of one side of a bracket will go and target the other side of that bracket which would put the 1243 area into play. That is a bit long term for my day trading mentality but it may be fun to watch for.
it stoped dead in i tracks near 60 I went back on my TPO found 70 was the high back early nov
it woulsd let me go back firther
depending on where we open my plan is the following: