First, a quick, but important note. Ive been encouraged with all the views on this thread lately, but remember the reason i started it... so we can all learn from each other! Please dont be afraid to post trades, as long as the REASONING is also presented. Look, honestly, whether you make a good or bad call, or trade, really doesnt matter. We are more interested in the reasons and methods! Thats how we learn from each other!... now i'll stick my neck out first! ... So far the 'alternate' scenerio i presented on the weekend preview appears to be in force. (marginal new highs coming, then a big down turn!). Whether it turns out to be accurate is too soon to tell. I expect today to be somewhat boring sideways mish-mash (and difficult to trade beyond small scalps) untill the fed announcement at 2:15. As you may know, i base my 'alternate ' scenerio view mostly on seasonals (which turn positive for the rest of the week now, and historical considerations, for example, from Frank Hogelucht:the market "was trading at a higher level the session immediately following the State of the Union Addresses on 17 out of 20 occurrences (thereof the last 13). Chances for an +/- 1.0% change two sessions later (in this event on Wednesday, January 26) are 9 : 1 (9 occurrences with a 1.0%+ up-move, but only 1 occurrence with a -1.0%+ loss), and downside potential was regularly limited (except in 1931) over the course of the then following four sessions (the remainder of this week)." Note, my .line in the sand around 1265 or so ,to confirm a downtrend was never violated, so price action, for me is still bullish. However, i cant emphasise enough, that i expect a decent down turn very soon, for all the resons on the weekend preview!


u repeatedly post 1284 as your exit yet you are long...im confused...is that supposed to be 1294?
Click image for original size 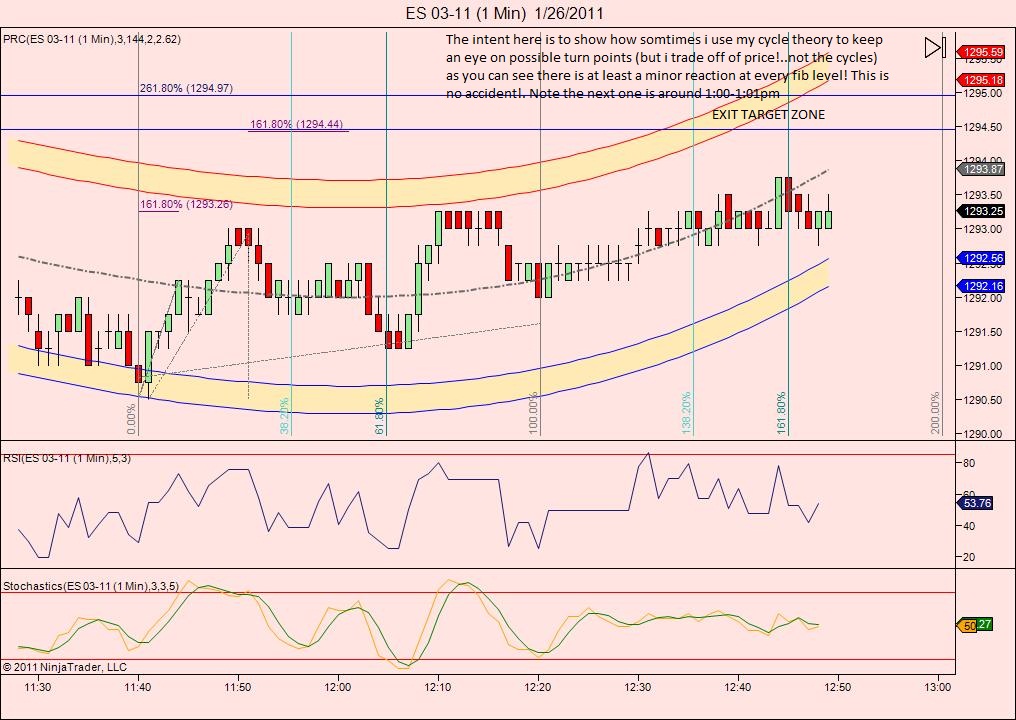 
Yes ! of course! Sorry bout the misspost... i work nites so im a bit overwrought during the day sometimes. Thx!
And theres the projection target 1294.50-1295.00!
One hour before FED announcement. A look at VWAP chart. Slow moving action as expected at this time. Volume seems to be spread evenly between 90.75 and 93.75. Cumulative delta isn't showing much upward movement since the 90.50 low but that is most likely from the low volume environment heading into the 2:15 announcement. 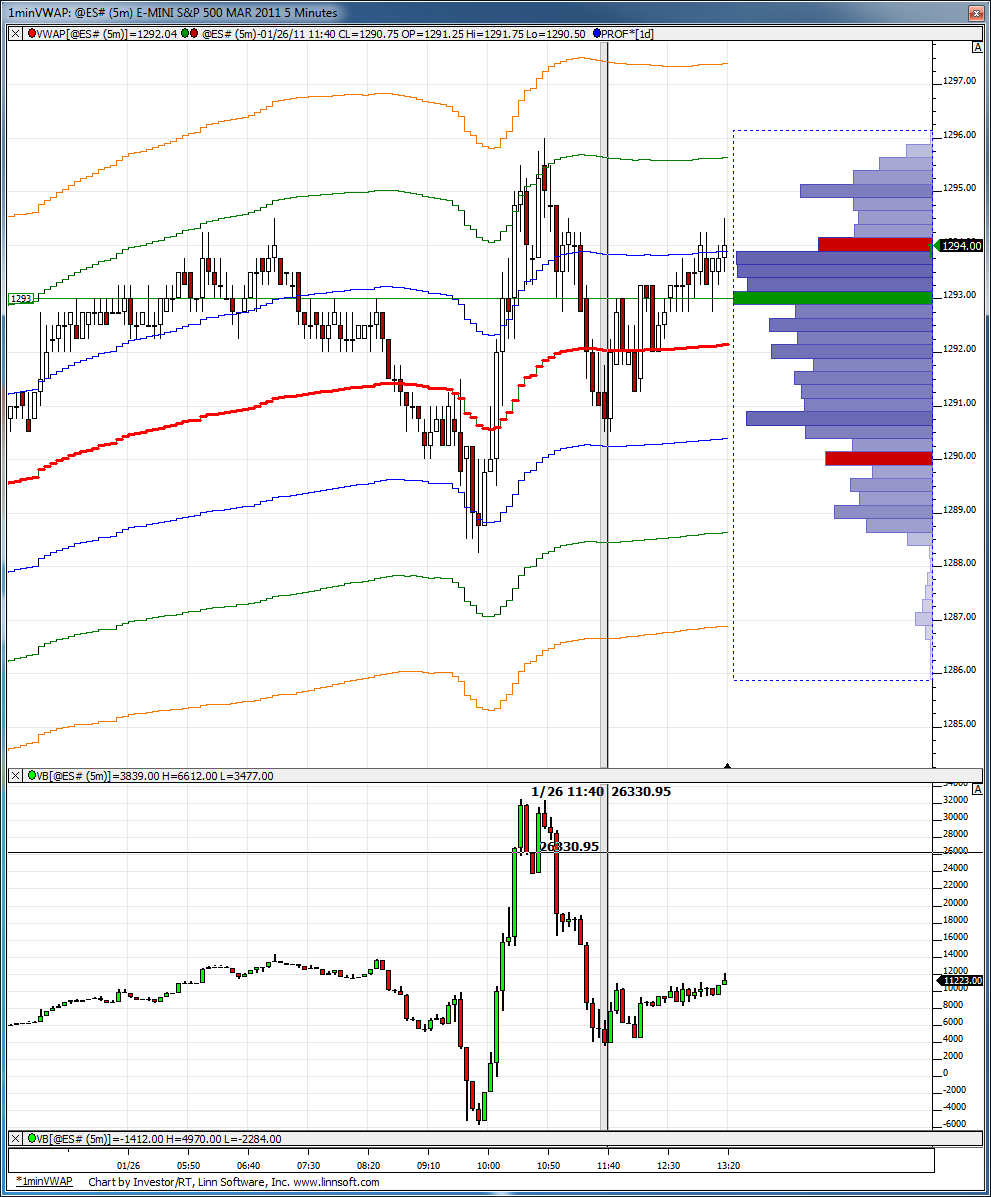 Love those charts,Lorn!...
I like that visual Lorn...especially the divergence between Cumulative delta and those price highs...
Hello Feng...glad to see u r still around...how did you make out with your system? I remember you were trying to take one trade near the RTH open months ago..

eventually they decide that they have had enough of jerking it back and forth through the pre fed price...today it's 94.25.....and just keep moving it without returning...I don't want to get caught on the wrong side of that final move away from there

If I had to pick a direction it would be down but that is really only due to some minor weakness in NQ...not tradeable for me