Depending on how you used Tuesday's single print at 1256.00 in Wednesday's trading you wouldn't have lost money had you used it to short late in the day but you wouldn't have made much either. Had you shorted at 1256 even you would have had a draw down of 2 points and a best run up of 4 points.

Had you used it as a target from a long during the day then you would have been golden as it was 2 points off the high. That single print is no longer in play but the F bracket from Tuesday at 1272.75 is still above us and is a target and a reversal point. 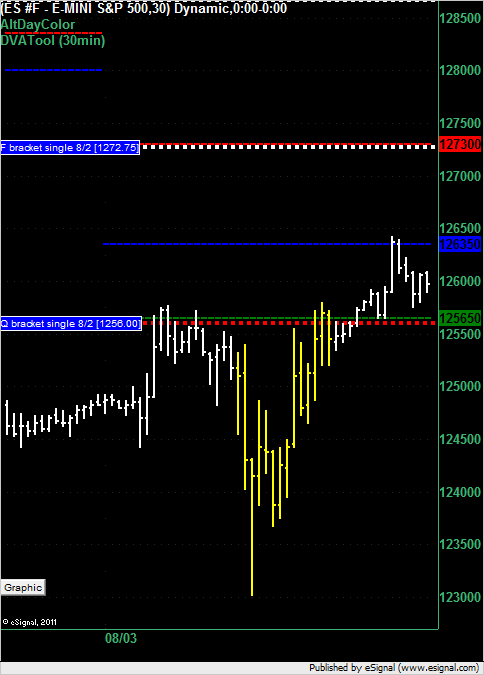