Friday's low was 1163.25 and so far the overnight session for Monday's trading day 8/8/2011 has a low of 1161.50. That's 1.75 points below Friday's low. Given the nature of the news released this week about the US credit downgrade I think that the markets are behaving in an unusually calm manner. Is this the quiet before the storm? 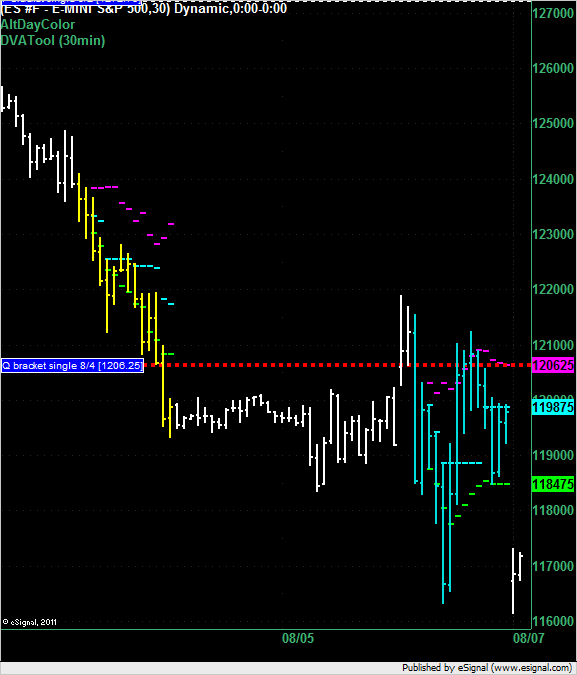 Good summary of the US Credit Downgrade here:
http://www.google.com/hostednews/ap/article/ALeqM5hqbwRHn0Jb35BpHPLtbUH8bsN7VQ?docId=7e04d4c61ef1441da4856b9e1e3f294c

In theory, a lower credit rating should lead to higher interest rates for U.S. debt. Buyers of government securities can demand higher rates because the lower rating means they are taking on more risk. In reality, Treasury bonds will still be considered among the safest and most liquid investments in the world, and any rise in rates is likely to be muted.

The downgrade could lead to some immediate selling of bonds. That would also drive rates higher. But in a time of economic uncertainty, the relative safety of Treasury bonds compared with, say, stocks, is likely to make investors buyers again.

In addition, the other two major credit rating agencies, Moody's Investors Service and Fitch Ratings, both still hold AAA ratings on U.S. debt, though both have voiced concerns about those ratings' future.

one things for sure there has been relatively steady buying support 1165 to 1161.

But who knows how many 401K investors, with fresh memories of the drops of the past 11 years called their plan administrators and said, get me out?

Still can't rule out an RTH drop under existing overnight low 1161.50 (based on concerns that Joe and Jane sixpack want out.
This chart scares. The other charts compare to the big downward move we had in 2010, but this one is maybe closer to the beginning 2009 crash. 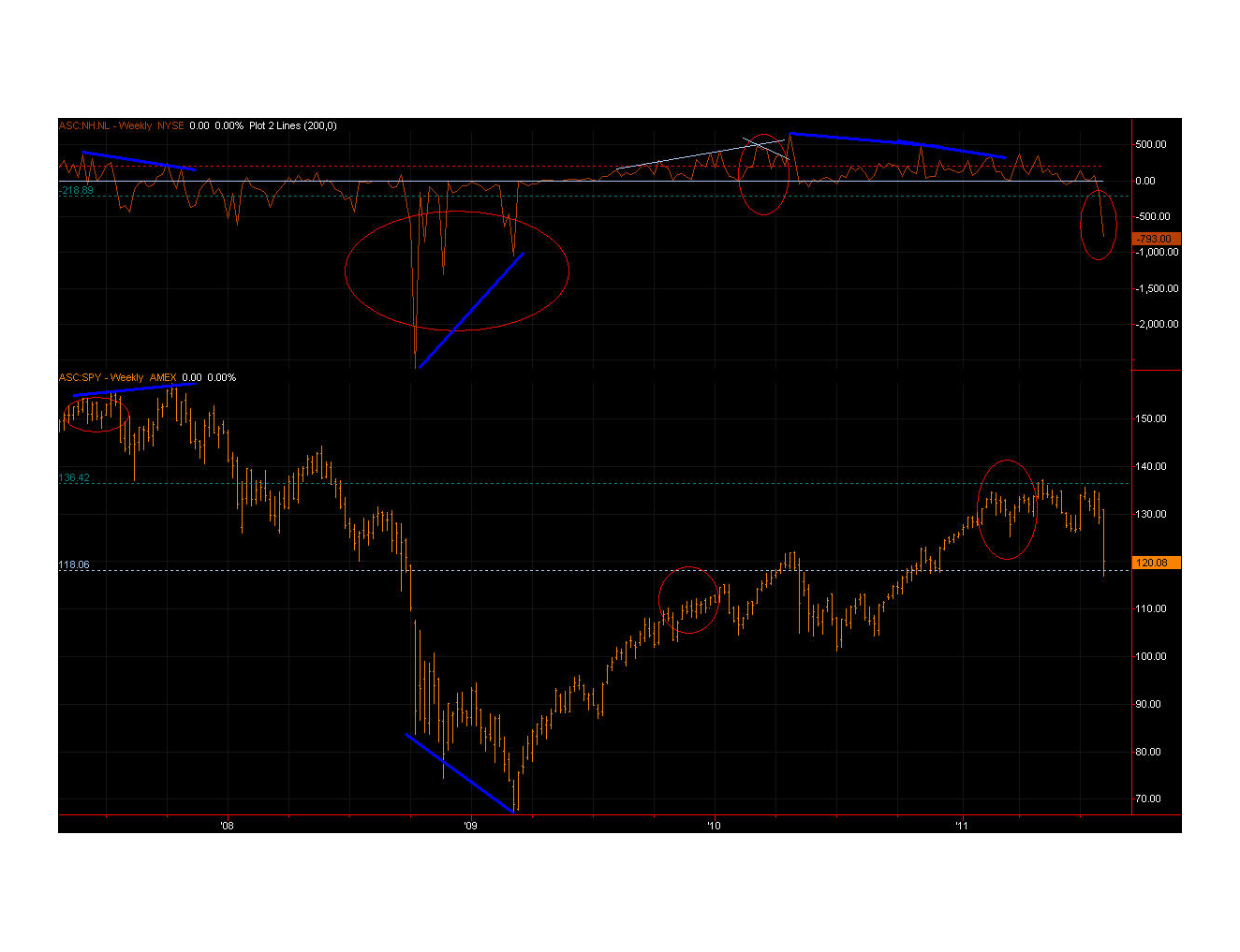 quite often, first move is rejected (as was case today), BUT, the highest high established in that attempt gives us an important price point (point where the sellers overpowered the buyers). a move back above that high 1178.25 by more than 3 ticks, would tilt the scales for a run to 89.

what is it that I would have looked for to suggest that the first move above the 75 level changed 75 into support? a retracement from the high, some sideways, near 75 and then a move higher that takes out the established H.

this is an emotional market and whipsaws could be the rule of the day.

I personally expect the AH High to be tested, but I'll let PA be the guide.
Shortly after the S&P announcement, the Fed issued its own guidance on how federal debt will be treated in the banking system. Essentially, the Fed said the new credit rating will have no impact on measuring capital risk.

that VWAP is like a wall today
for me, the biggest problem for today is the unknown factor of Joe and Jane sixpack wanting 'out.'

mutual fund managers and money manager in general aren't gong to just blindly sell, they still want the best possible price they can get. This in and of itself can put a ceiling in place.
lisa your footprints must be wild
waiting on all the margin calls

lisa your footprints must be wild