We also have a secondary low volume zone at 1143 - 1144 and then another high volume spot at 1138.25. I'm not marking those on the chart right now just to keep the chart cleaner and a better visual. We'll expand on this in the morning When we see what the overnight does. 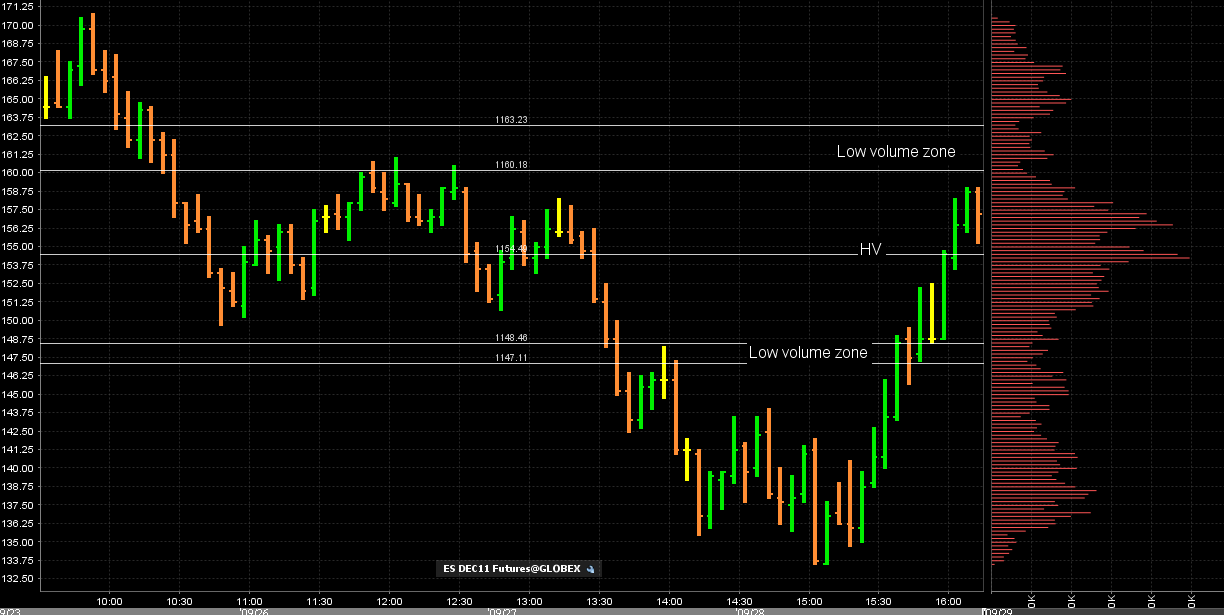 Great job! Saw the LVN and assumed Delta signaled a the short play, correct?
it dont get any better than the
correct...glad u r seeing them.....this kinda shows have a volume approach has really taken over from a TPO purist MP approach....at least for me....

I think that the ultimate plan for this market is to trade higher still and retest 47 - 48 again and then that 54 area..it's the testing and now holding of that 38 area that makes me say that....of course if we come back down to it then the long bet is off...
Midday update on the action.

Right side is the developing profile.

Notice the low volume rejections at both high and low of day, twice now at the highs.

Also interesting to note the LVN at 1140.50 which just so happens to be that Weekly RTH Open. Look for this to support prices if those higher numbers Bruce suggested earlier are to be seen. 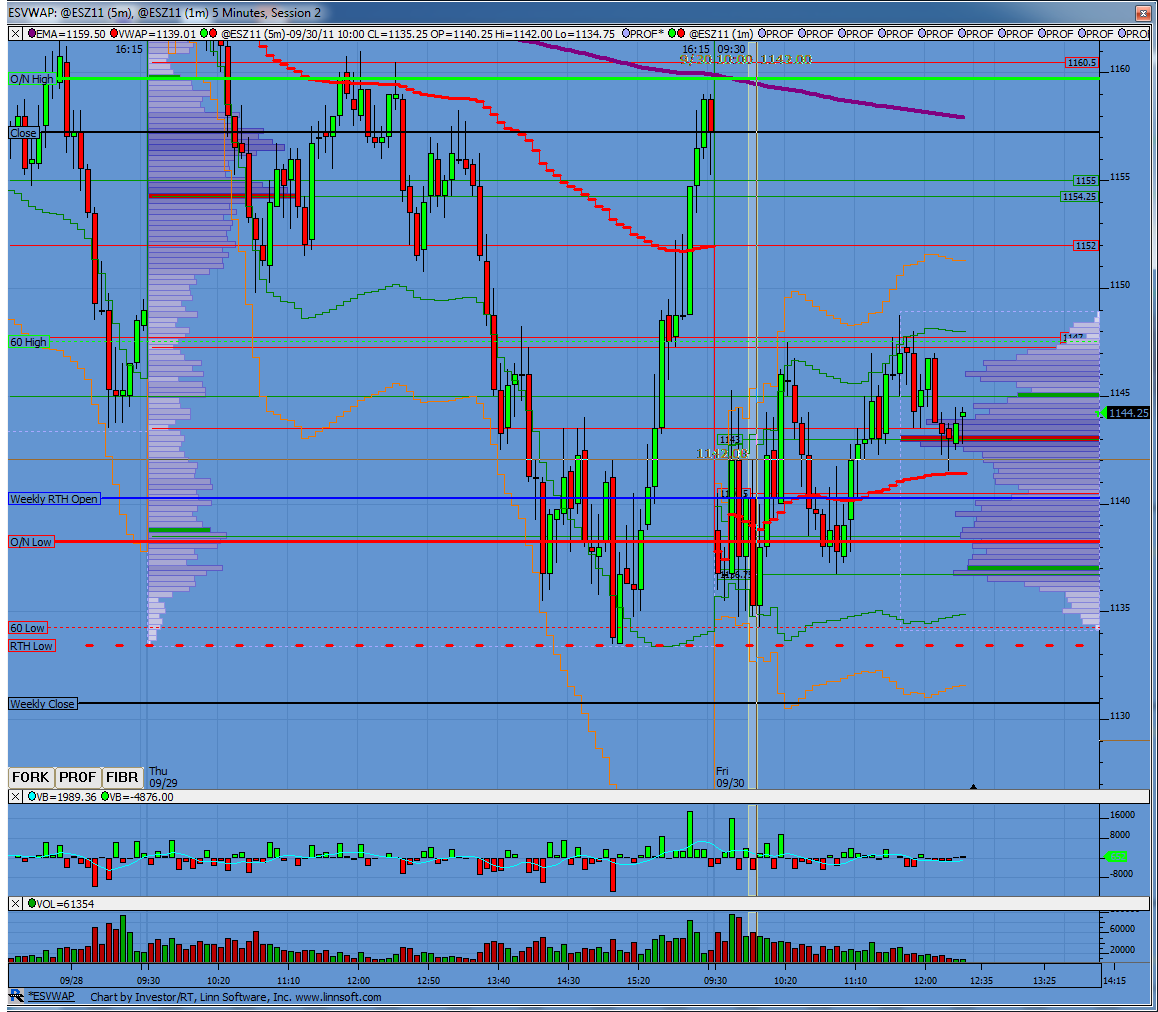 ES keeps loosing ground, Down trend is intact.
Es is testing 1133.50 low. (yesterday's low) and s/r. Failure to find support will open the door for a test of 1102 in few trading sessions.

Is a tuff trade bc is against the trend. That's why my stop is very close. Worth a shot!

Below is a 1 minute chart with some comments about the counter trend trade posted late Friday.


When I entered the trade the ES started to make what appear to be an E.W. (Elliot Wave) formation, but my count was incorrect since I was expecting a 5 wave extension. ES did not extended and 1140 area at 1.618% Fibonacci extension was the end of wave 5. The price hit my trailing stop at 1136.75.

The idea here is to play the counter trend and then reverse, trading with the trend. I did not follow up with the reversal because it’s Friday and very close to the end of the session. 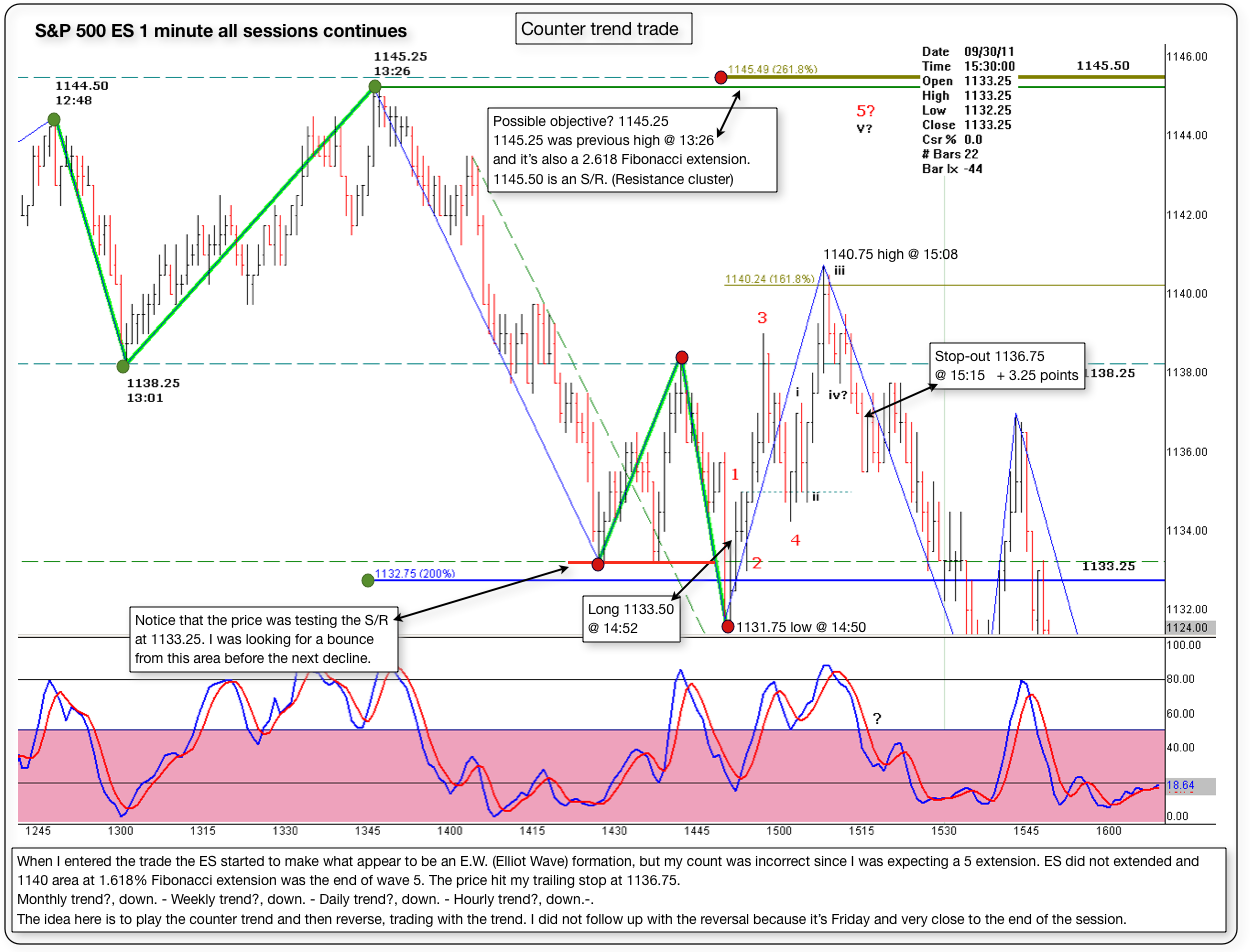