I'm hoping to post these charts through the end of the week so we can see how these price distributions (bell curves) interact. The new user to this stuff should be concentrating on finding the key areas and drawing in the bell curves.

Today left us with two very distinct bell curves. A double distribution day separated by low volume in the middle. Viewers looking to get better should focus on the volume histogram and draw your high and low volume areas based on that without looking at the price bars.

Hopefully we will get an upmove overnight so we have something to work with in the RTH session tomorrow morning. We will formulate some trade ideas once we see which side of the bell curves price will be entering from in the morning.

This chart below includes overnight data but only because my IB charts display the histograms better once the day is complete. So I am posting it this way only to present a better visual and no other reason. I do not think you need to incorporate the overnight volume because it is too low. 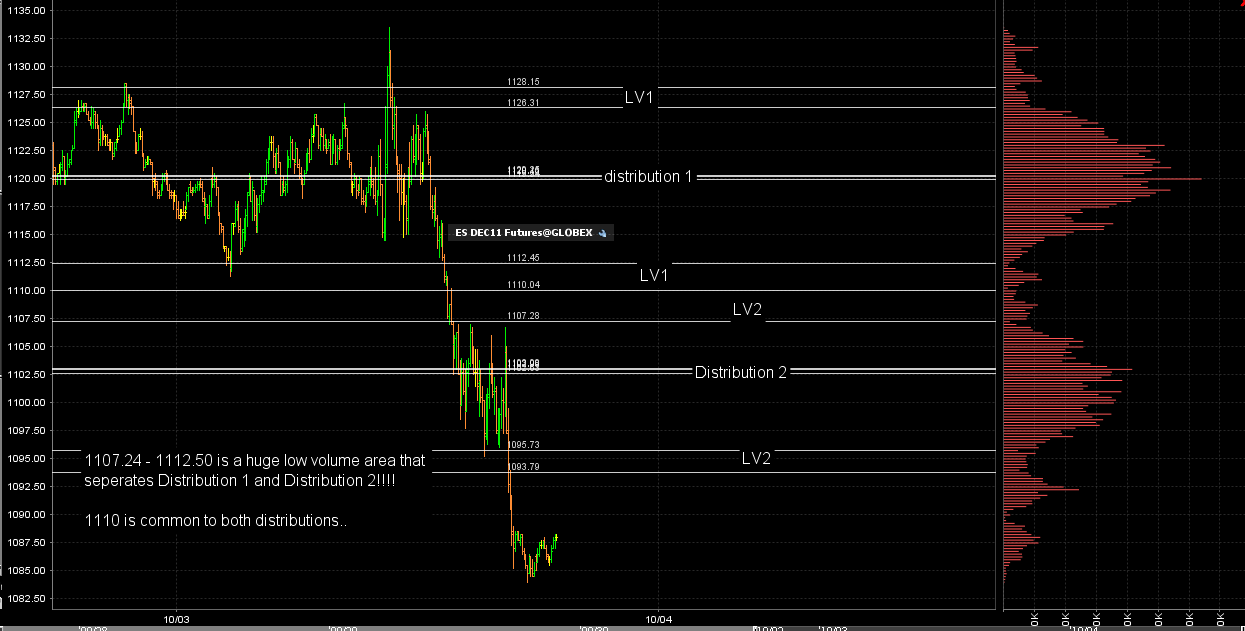 bruce lets see what happens over night but if I was a betting man of witch i am 07.00 we will see tonight
http://screencast.com/t/YcvI7am2

Would you not consider ~1089.75 low volume? Seems to be surrounded by decent looking high volume areas. I've been doing my own low volume research and trying to match them up with your work. Been pretty dead on, but this one I am unsure about. 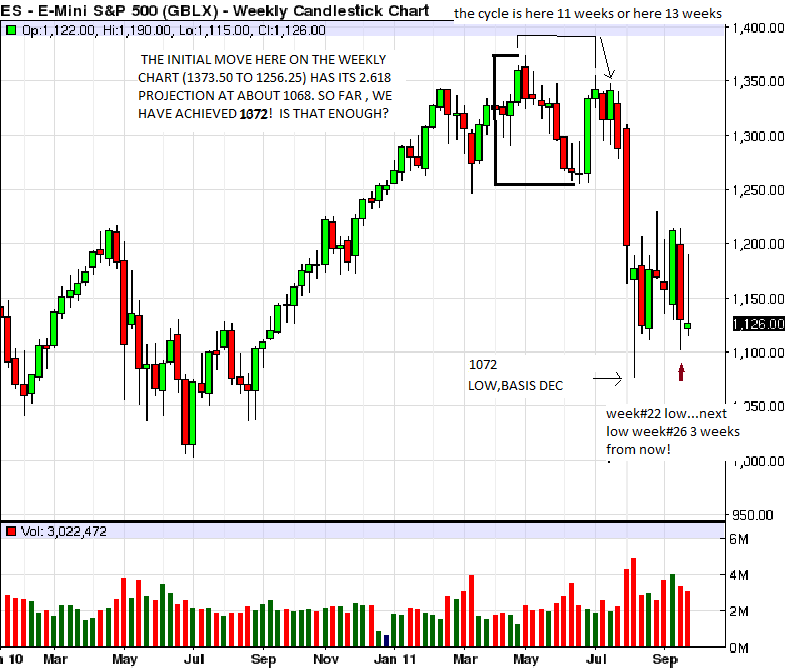 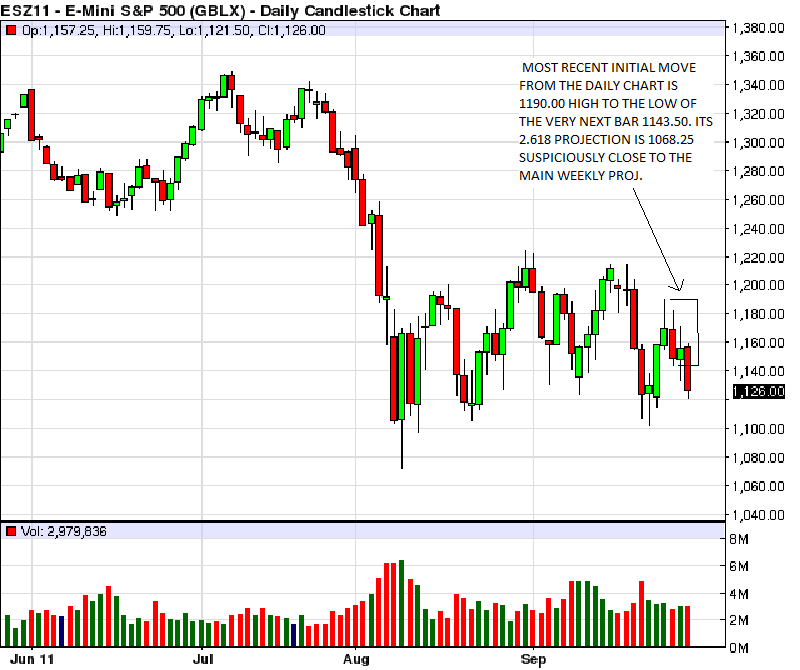 Whether or not we achieve or exceed the support area shown a LARGE rally is indicated once we find a bottom...for example, from sentimentrader..."the latest Hulbert Stock Newsletter Sentiment index dropped to -16.8%. That's the lowest reading since the first week in March 2009.


The area you mentioned doesn't really have any back and forth price action that preceeds it so I don't use it. There is no consolidation point that preceeds it in the day session. This isn't to say that you are wrong though it's just that I want to be trading as close to the transition points as possible.

We basically want to be asking the question:
Where is the point that we went from consolidation to trend or from trend to consolidation? Then when we get back to those areas ( the retest- like we have up at the 94 area in the overnight)we want to see if the players that caused the breakouts are willing to trade there again.

No wrong answers though and glad you are doing your own research.

Would you not consider ~1089.75 low volume? Seems to be surrounded by decent looking high volume areas. I've been doing my own low volume research and trying to match them up with your work. Been pretty dead on, but this one I am unsure about.

Does this jive with the more experienced MP traders?
The difficulty here is that back then a different contract was being traded, so the price levels aren't completely transferable to the current contract due to the premium/discount differences within each contract.

So they are less reliable in a specific sense.

Does this jive with the more experienced MP traders?

Here's a 3 minute self explanatory chart for my posts here at the forum.
Lisa, I don't know what you are referring to when asking about second level. But, we can talk about numbers and S/Rs and that's what I was looking at 12:53 as seeing in the chart below.

I hope this helps in some way. Seeing and playing S/Rs in conjunction with your system.

Time for some delicious lunch hmmmmm. 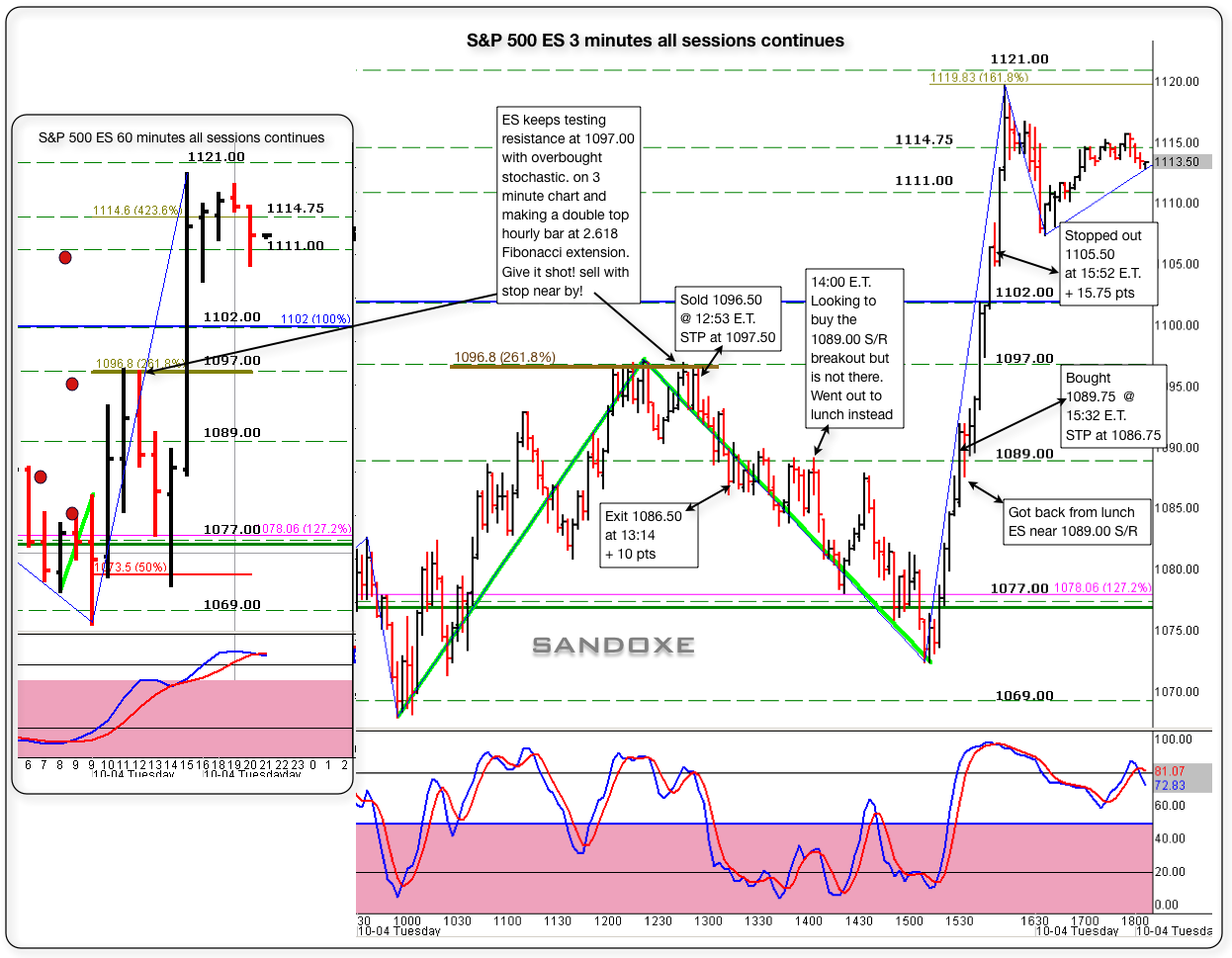