If my the internals of the market are working then I would expect a pop up to close higher then YD close today. For me the key will be last weeks lows...Only one tpo print there so far on 30 minute so 95 - 97 is a big magnet zone.....I would prefer to try sells 3 or more points away from those numbers so the 2001 mentioned in the video may be a good spot for first try sells and the swings in O/N at 92 and lower may be good for first try longs.....

No video below? Try this link: Thursday.swf

u either see this stuff or ya don't....and I hope u see it.....so here was what will probably be my only big campaign this morning..........exiting runners at 92 now as it was another possible inflection point

No video below? Try this link: one_good_trade.swf

good odds they come back to 94.75 now ....billion dollar question is " where can we get a long signal ?"""
i still have to learn to see it but getting there! thanks Bruce!
the O/N low maybe? 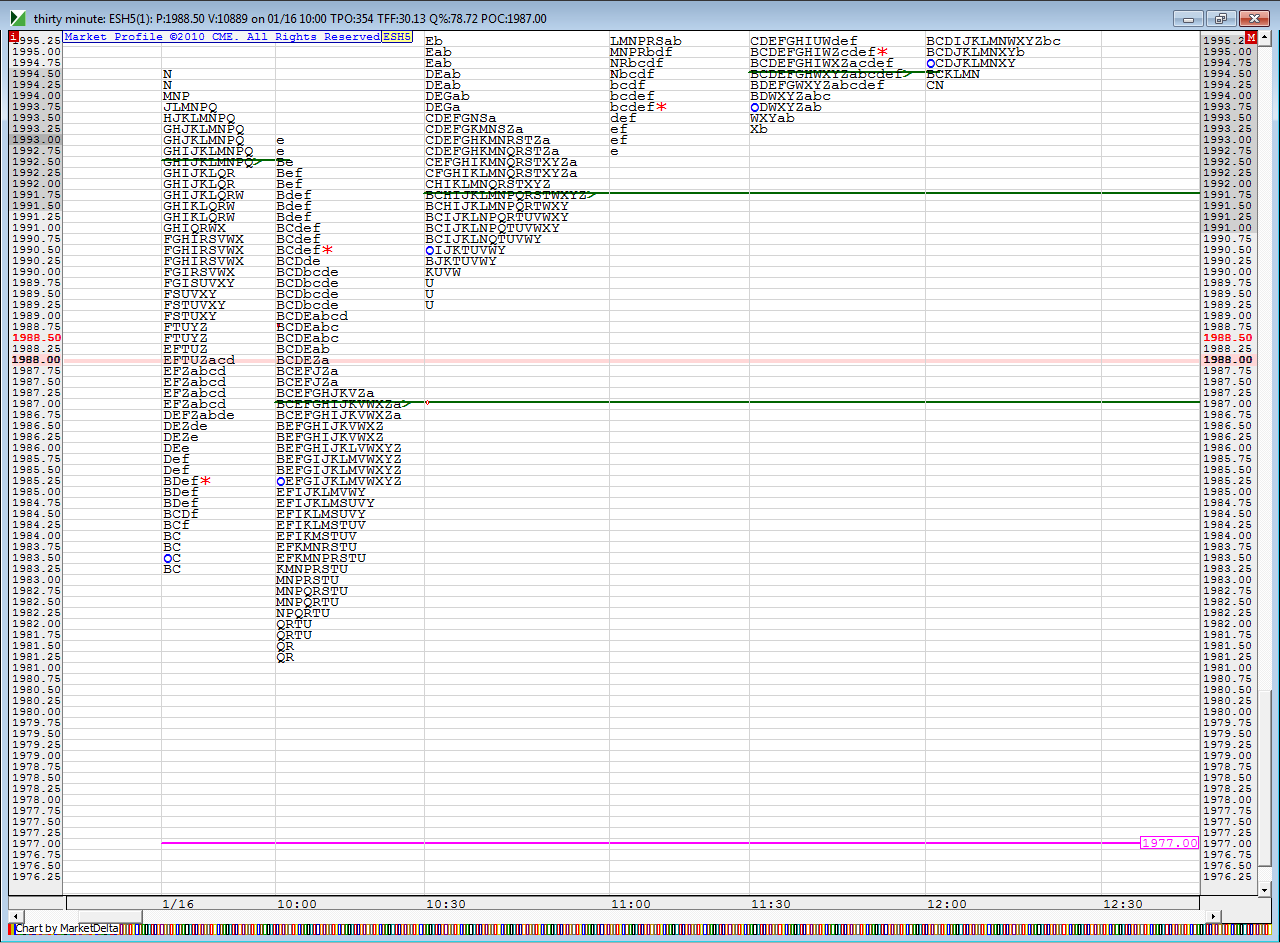 No video below? Try this link: thursday_finale.swf

30 min VPOC @ 89.75
i wonder how to translate not having a lot of time TPOs at a price but high volume and vice versa? because that is exactly what happenned today. 89.75 does not have a lot of time there but had the volume and 91.5 was the opposite.

when high time and high volume match, that makes sense but what when it is the opposite?