warning.. there is no holy grail... all trade setups have failures..

'' before you add a setup to your trading, know that setup so well that you will be willing to risk your family's financial well being on that setup alone to the exclusion of all others..short of that... don't trade it'' joed

trading this setup requires 4 things .. a mastery of medianlines, a mastery of fib, a setup that allows you to do a constant scan of a set group of traders...then collecting at least 1000 examples of the setup you have found on your own...thus making it your own.

the setup is the [email protected] have been showing it relentlessly at the kane forum for the last 4.5 years.
september six 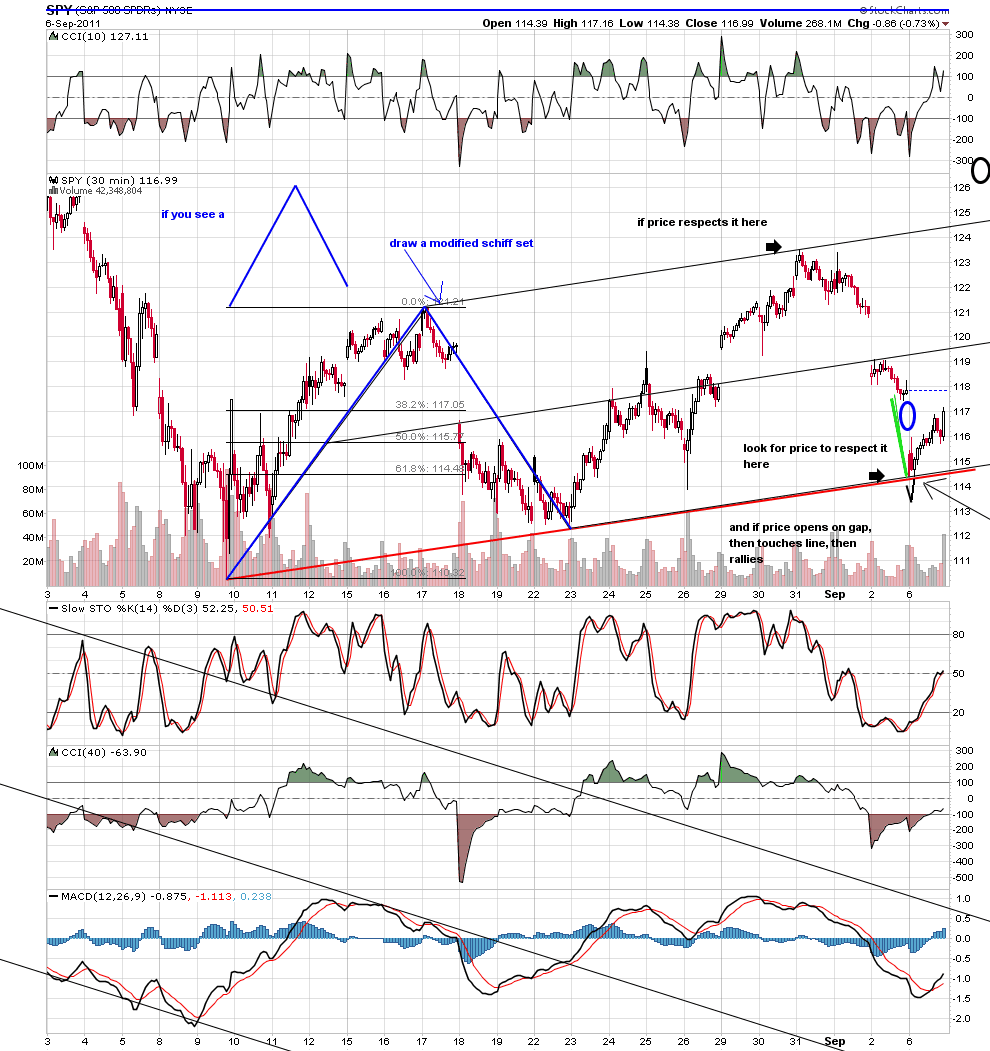 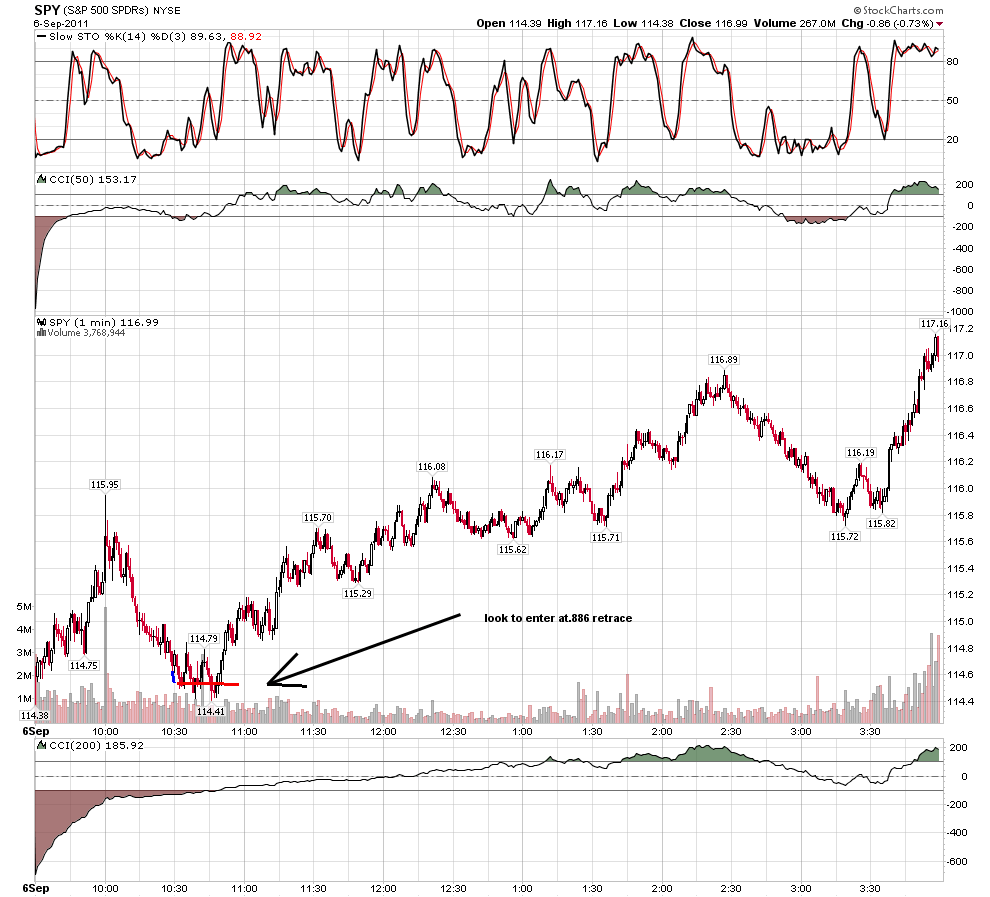 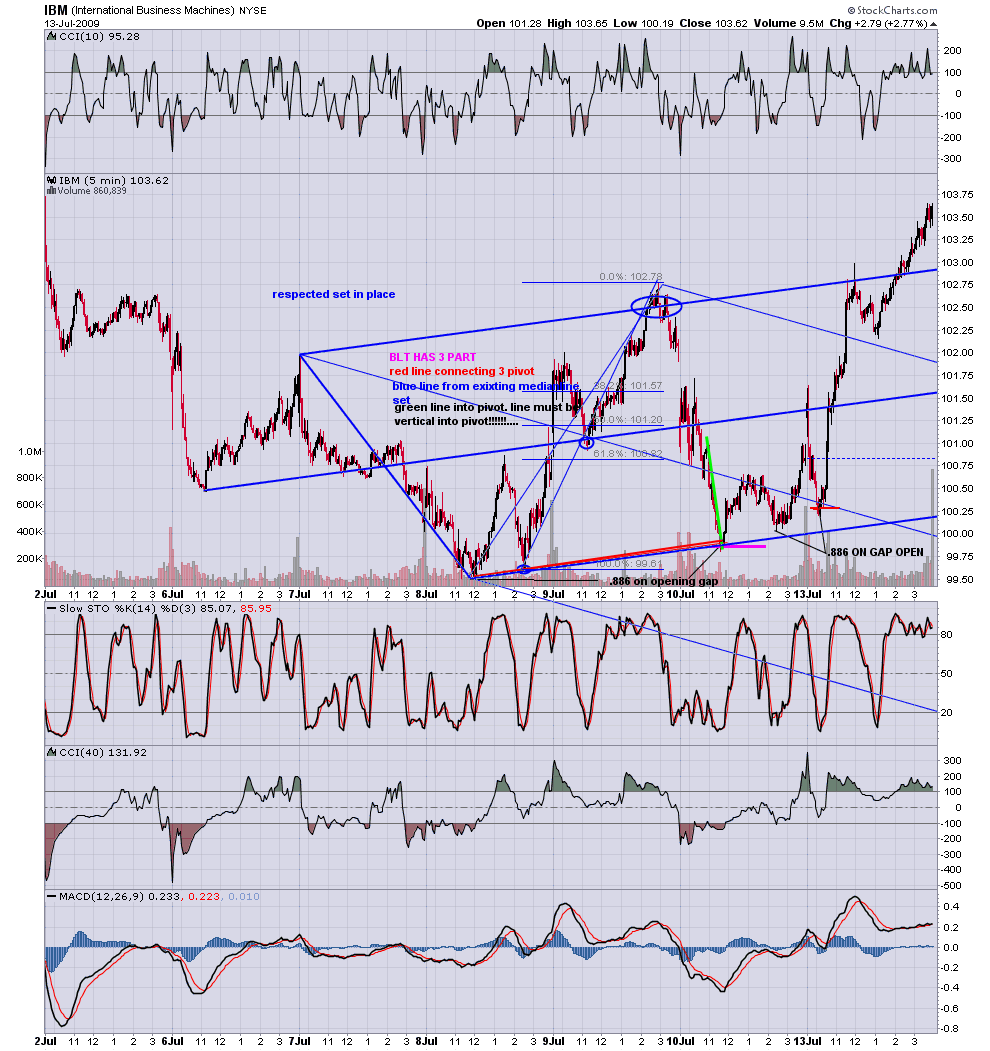 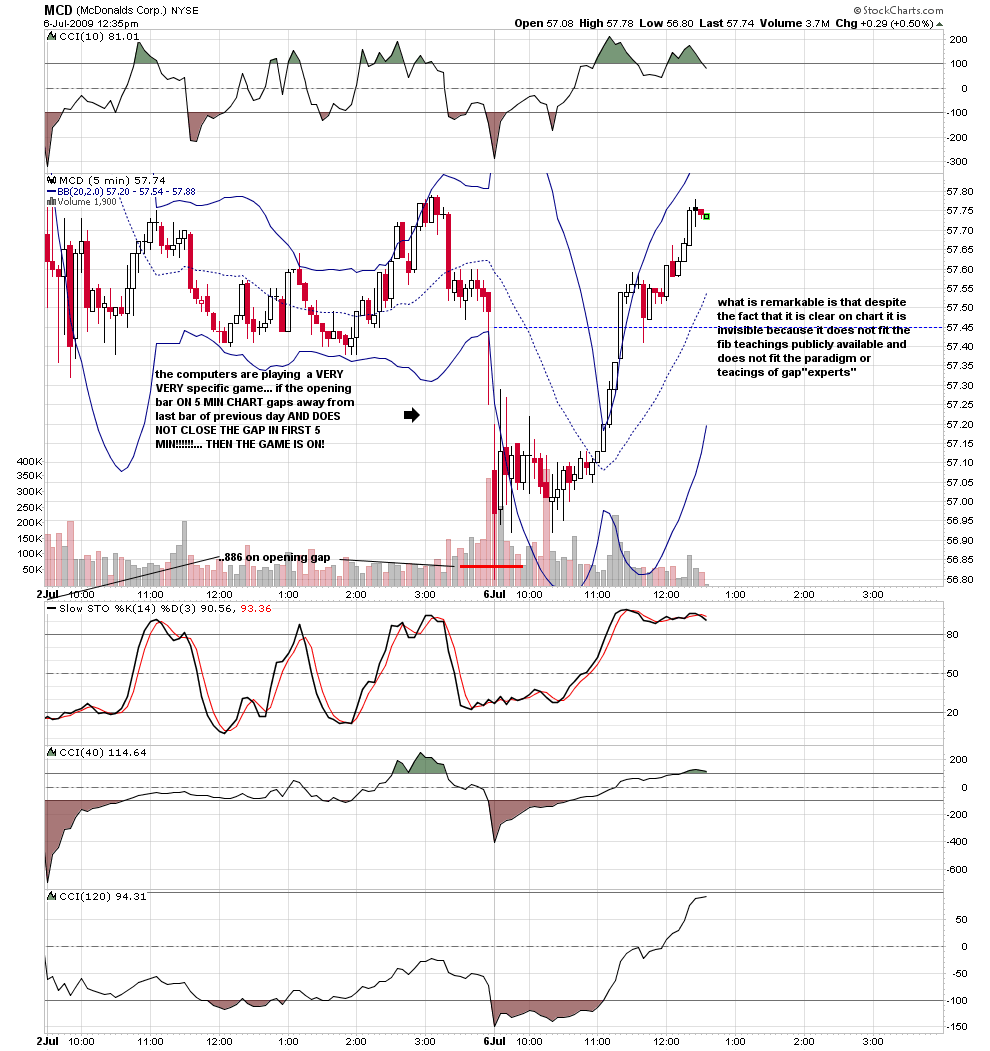 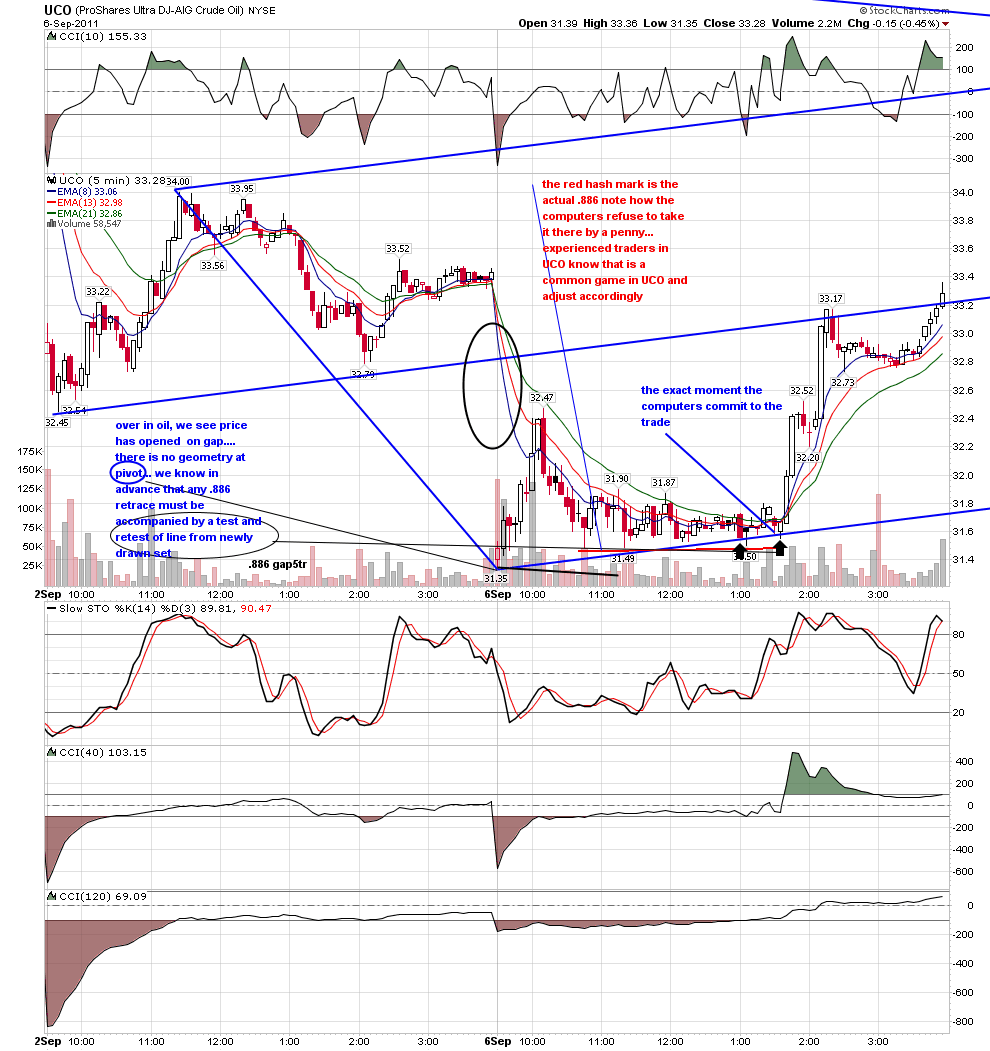 Whatever happened to the KISS principle?
i recently showed what i do to two preteens who are considered skilled computer game players by their peers... i got them excited by telling them the game was played every day for real money in a special reality with real time gaps in that reality and a magic number and different weapons and the risk of blowing yourself up in real life. they were geeked...

after a few days the were bored... here was their view''' you're playing a game where the only reality is price, where there are three choices in weapons, three variables in how you use those weapons, one break in reality that must occur at a specific time of day and one lone magic number that has three variables in how it is used and in the way you play it you take the same measured risk that has no possibility of blowing you up..... you're playing a game with only eleven variables and no excitement from risk taking...and on top of that once you enter the game you have to sit there and do nothing for sometimes hours or days until your target is hit... that's about as exciting as staring at a blank screen.....we're used to hundreds of variables and the action and choices being non stop...you actually sit there for hours and do nothing as part of playing the game?''

i thanked them for the perspective of young game players and after they left i chuckled''' yeah,there is no excitement and the hardest part of trading my way is the mind numbing boredom.

in the FAS chart below, the weapon of choice was the gap medianline set.. the required gap in reality occured at the required time of day the magic number was reached as reality touched the tine of the weapon... trade was on... the next day, target was reached. 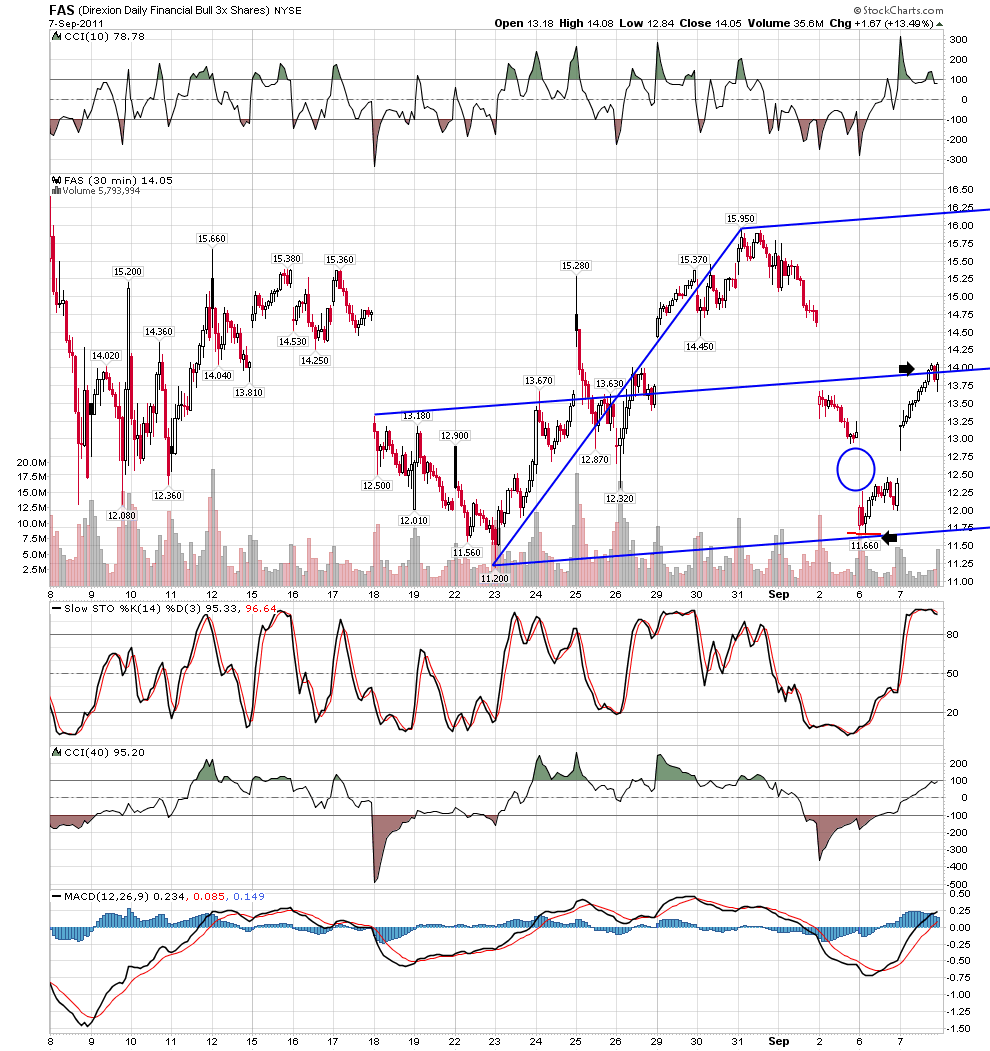 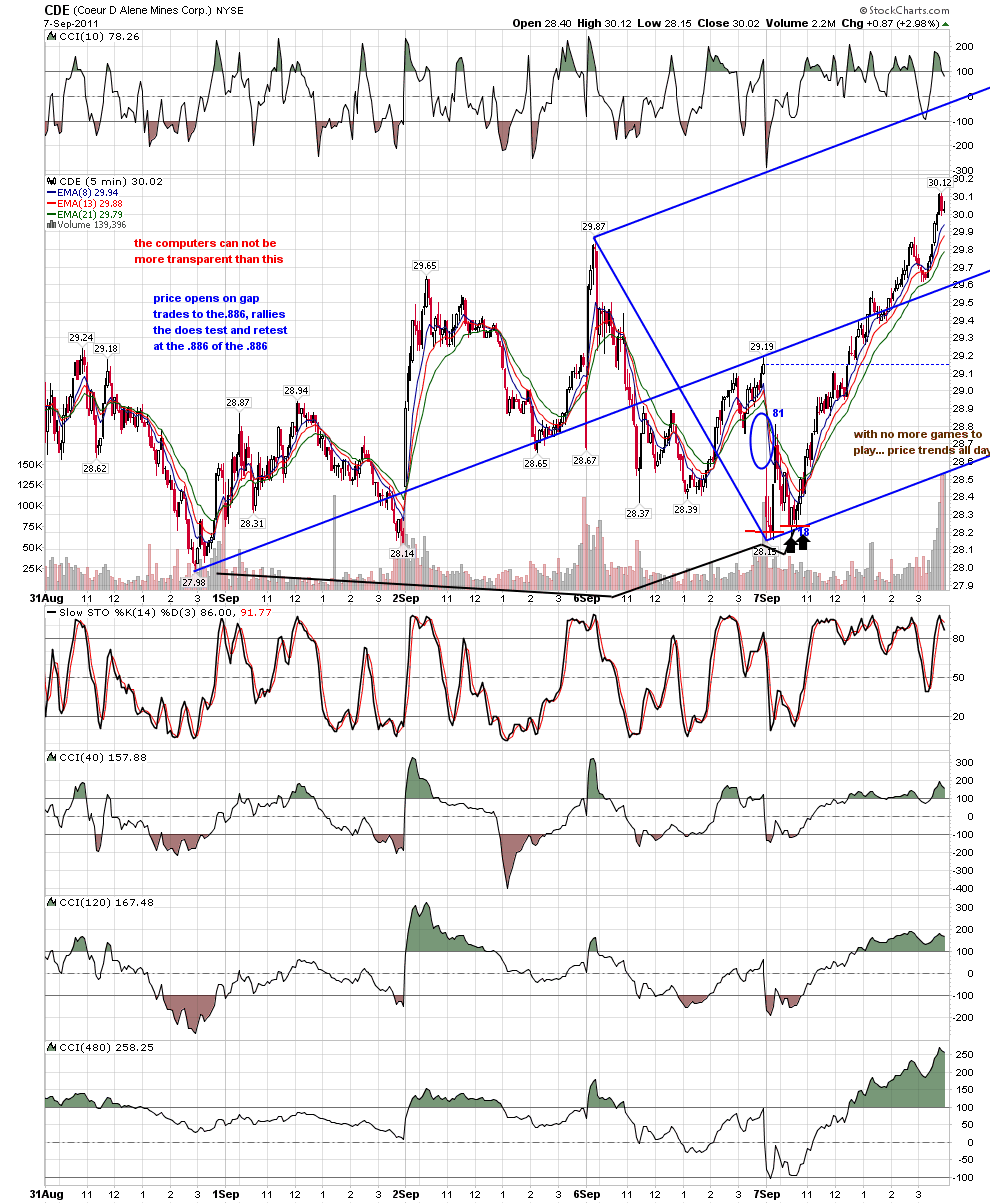 I have really enjoyed these posts!

I will have to study the median line application more thoroughly as my experience has been less than precise. Proper placement? Modification?

I have voted all your posts up. I know you could care less but only token there is here for such generousity. Looking forward to more but know you must stop at some point.

To all others. A gift can only be received if one is ready. He touched on it in these posts.

Thanks so much for sharing. I'm glad our paths crossed.
All the best!
the three medianline sets available to a trader are the standard, the gap set, and the modified schiff set... all three are drawn on this chart. to this day, it is remarkable to me how the computers chose to use the opening gap on the 5 minute chart to signal their intent to attempt to do the trade. today i was short on time.. ihad to leave for pt at 11;30... so i put my order in at5502 and hoped for best... one of the things that got my young visitors interested for about 10 seconds was my list of which players cheat with everyone playing the game knowing but going along... the FAZ traders are notorious for ''jumping'' the trade by 5 cents so instead of my order being exactly at 5497, it was at 5502....886 [email protected] 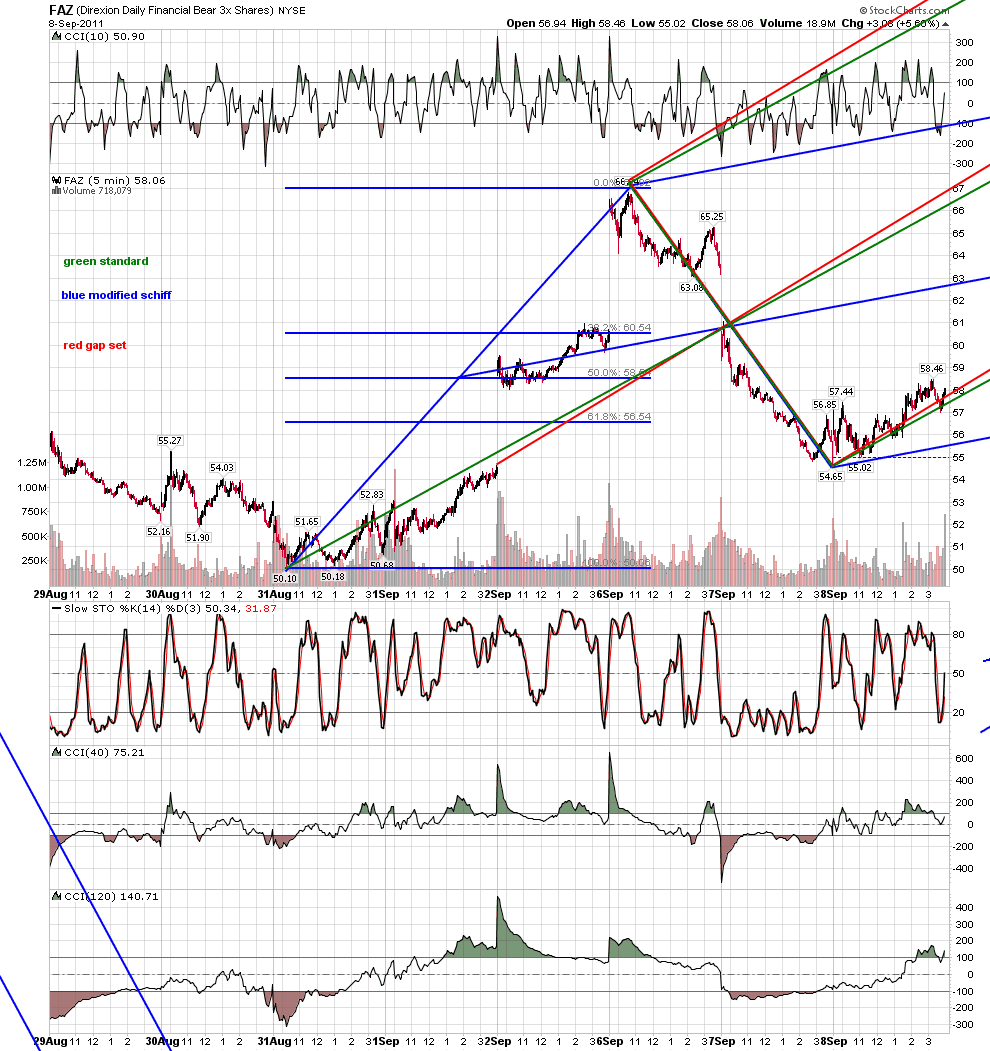 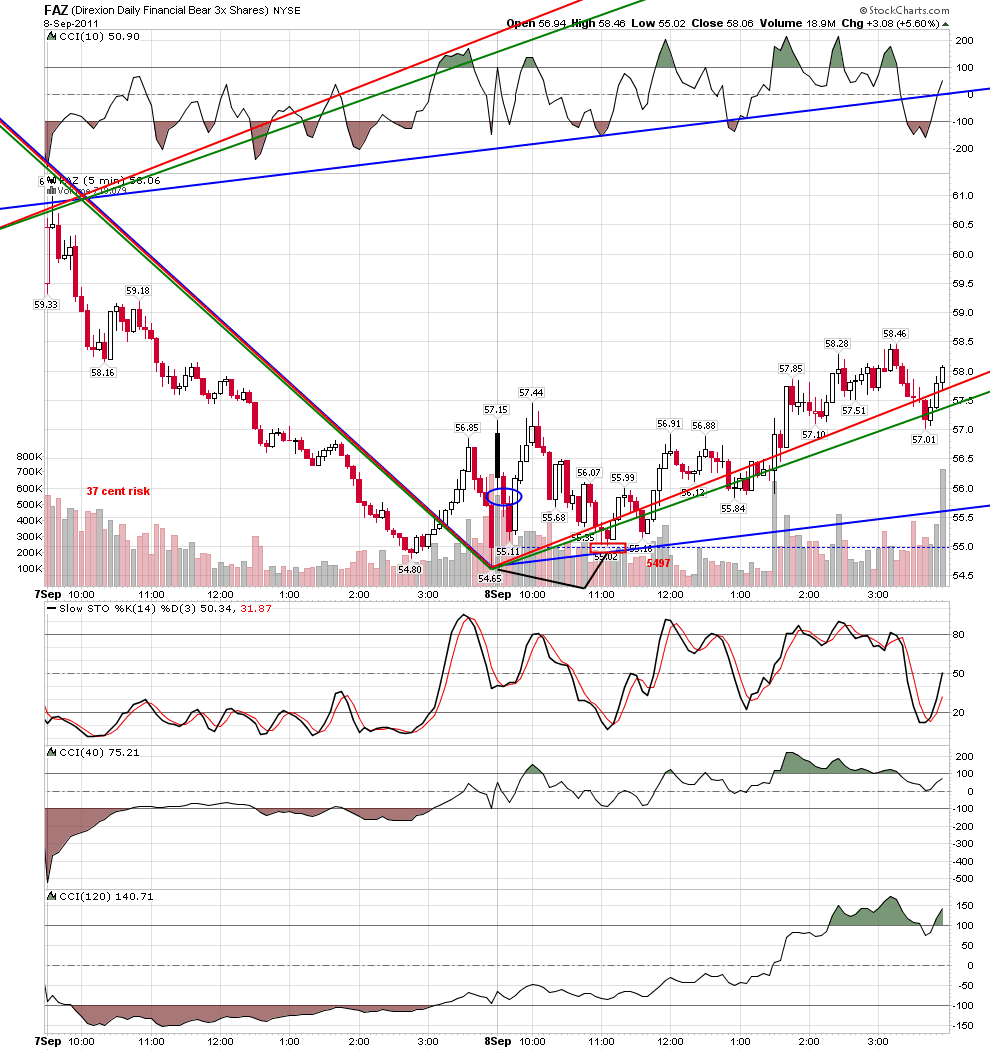 one of the great uses of medianline sets is the use of lines as targets... often price will spike up, then seemingly out of the blue turn on a dime... lines from the sets often have the answer... as in the update of the CDE chart from yesterday... because price had opened on gap and had traded to key line, i was ready to hit the .886 trade going other way ... as shown... but it did not set up... 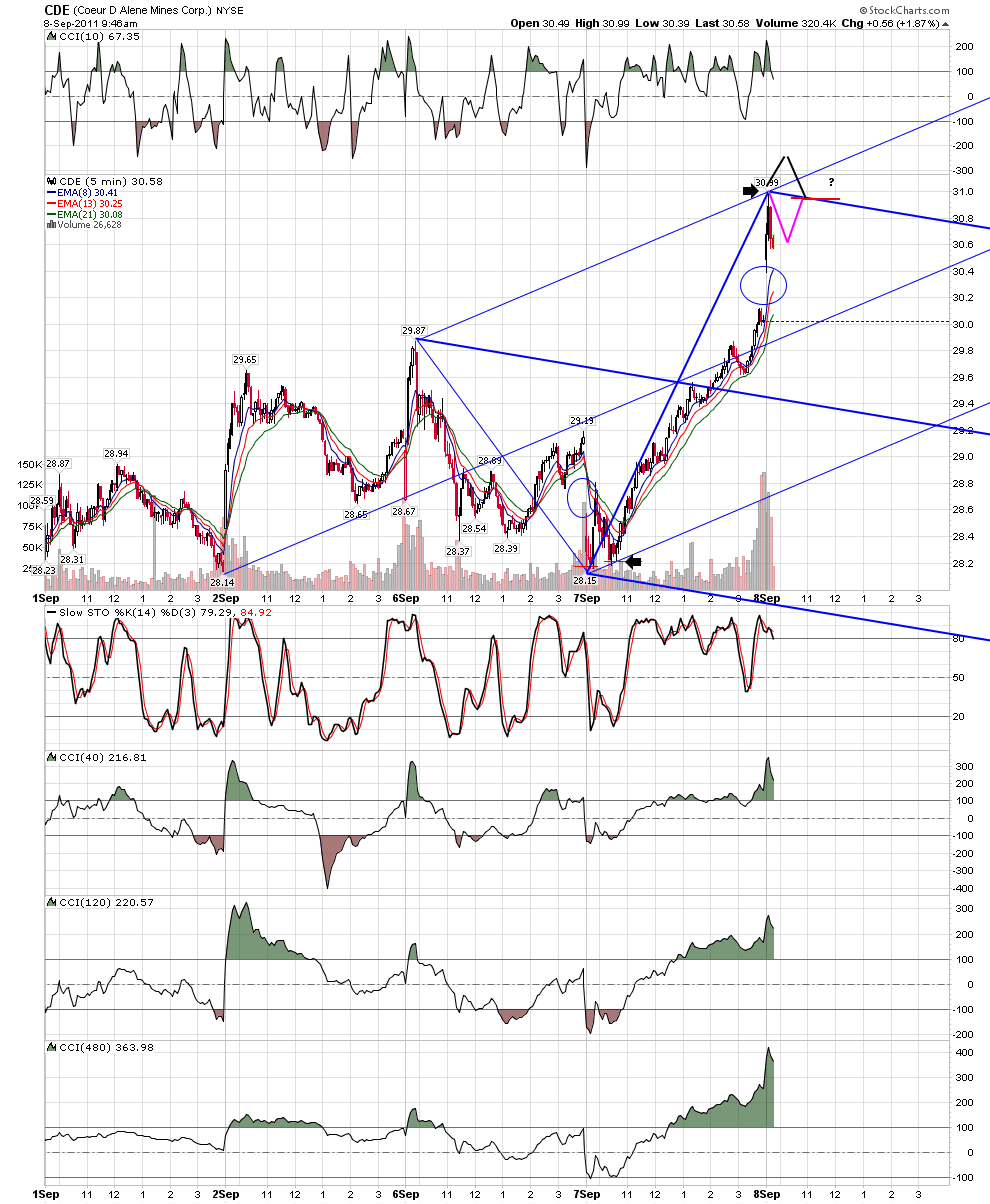 I can't get this thread to scroll down properly??

Can a moderator fix this thread, or am I doing it wrong?