To be the best trader you have to put more time into it than anyone else. That is what I realize but of course we check with one other trader before we make my statements valid. This is W.D Gann the Legend in the trade who basically made technical charts have meaning.

What I learn never fails to be true and that unless you have a strong aim you're not going to be successful. To discover new found techniques or innovation requires the efforts of knowledge in mastery. Trading is just not about profits, for they would not last had you made some. An all around knowledge base must be available at your disposable to make quick decisions.

How to train? I realize training is mental effort and concentration, and its not what everybody sees all the time. In the charts all future movements is already known, but none really realizes this matter. This is the truth as I have found it to be after real hardcore research.

Click link to access uploaded file:
55 Newsletter Vol. 1 No. 1.pdf
I dated Gann's great grand niece who lived in East Texas. Her mom had a book of Gann's (forget which one) where he signed it to his brother Russel Gann on the page that had his picture. I should've bought it from 'em at the time, but for whatever dumbass reason didn't. We went by the place where he was born and/or grew up near Lufkin, TX. A hell of an interesting experience of mine about 7 years ago. Just sharing a Monkey's experience of technical analysis history fwiw.
Pretty cool MM. Gann was an interesting man for sure. I went so far as to read some of his fiction, just out of curiosity (Although now I kind of want those few hours back). His ideas and notions aren't always the easiest to grasp, or believe, but you can't ignore the history and the impact of his work, and the great fun to be had taking it on.
Interesting Monkey... W.D Gann never left his work to his children, and he took it all to the grave as I know this. A trader knows the value in the hard work of procuring this knowledge. He knows it can't be just in any hand of a brute, or sold for a price that would diminish its value. That why Gann never left his mind and techniques to a later generations, and much of written courses will fail traders alike.

I do see W.D Gann as a legend as this number 55 have follow me in my life always. The Chalden number system has two NN's in Gann's name as a value of 55. He also has Tau at 25 degrees which equals 55 degree longitude of which the planet of Occult Pluto resides in. This is a natural vibration and why he was able to learn this kind theory so quickly at a rip age of 30.

Interesting Monkey... W.D Gann never left his work to his children, and he took it all to the grave as I know this.


'twas one of his published books that he autographed for his brother. The brother's name was Charles Ross (not Russel). Here's the pic of it. And I got to hear some family stories from his family. Kinda fun. And who knows what he did or didn't "take to the grave." A lot of overblown and built-up mystery about the dude. Still wished I'd bought the book from my gf's mom though. 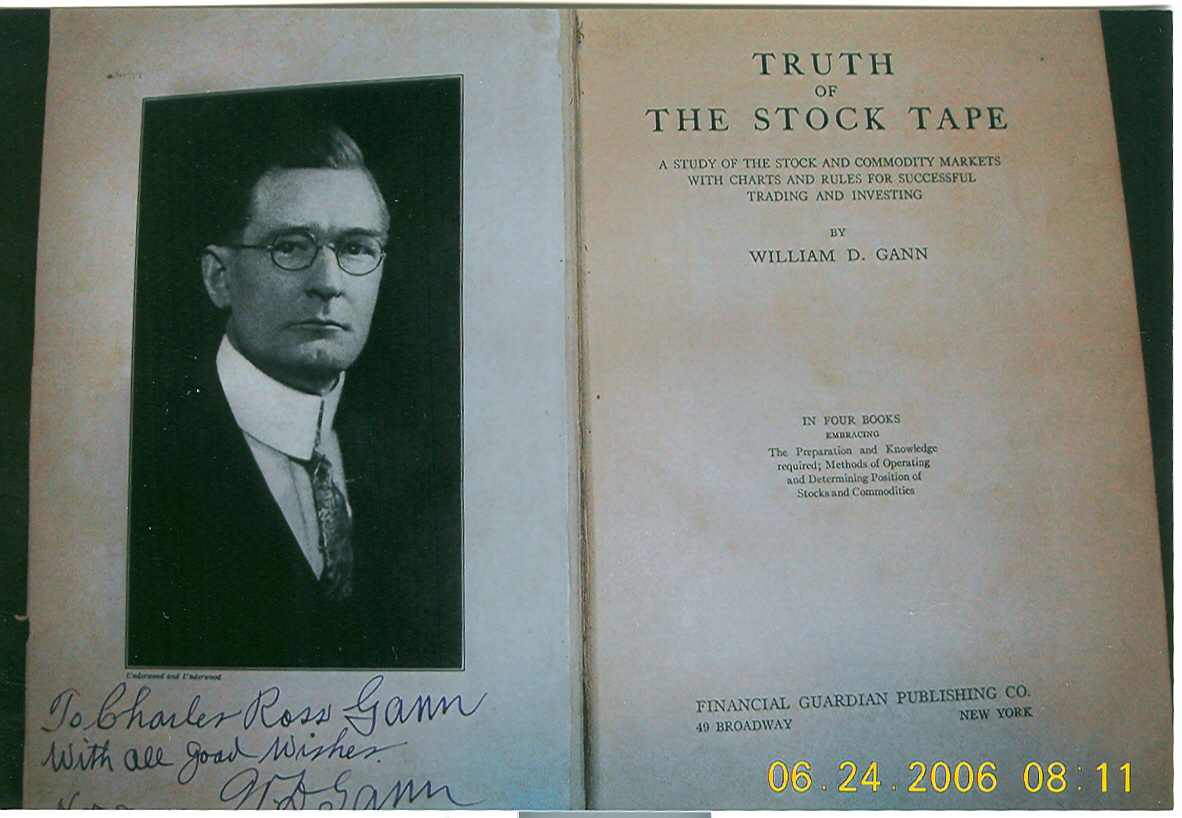 This is how I view the market:
http://www.antiquark.com/sliderule/sim/n3t/virtual-n3-t.html
here's what's been working for me : 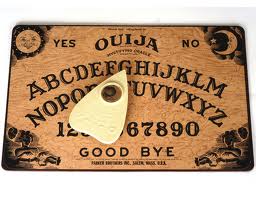 Thanks for sharing your experiences MM. I started studying Gann several years ago out of curisoty as mrg did, well curiosity & Kools Tools. I had never considered or even thought about the study of time until reading Gann. I read somewhere that Gann studied the markets for 10 years before investing real money, if that's true he had to be one disciplined dude. Another interesting thing I read, Gann started his years on the spring equinox bc that's when days & nights are equal, reason being the effect sunlight has on human behavior. HAPPY NEW YEAR Mypivots! I learned enough about the study of time to predict what I call an event, not a turning point or price level, but a heavy volume sporadic price behavior timeframe days in advance. Now that doesn't make you lota of money, but the feeling you get when it happens & you're predicting something is awesome.

This is how I view the market:
http://www.antiquark.com/sliderule/sim/n3t/virtual-n3-t.html


I actually have one of those ... my dad used it in school at Texas A&M University when he got his degree in electrical engineering. Gotta love antiques!

here's what's been working for me :


Are you than looking at volume a certain way like Wycoff Spread Volume? Sometimes W.D Gann was just looking at volume when he ran his Supply and Demand Newsletter. I not sure about an event as you mention? Although I believe that you're looking at events that happen from the zero point March 21st. Its very important to look at this day to check many kinds of events. Its the official first day according to the Heavens above.
Keep track of all the strategies you use in a journal and incorporate them into a trading plan. When conditions turn unfavorable for a certain strategy, you can avoid it. When conditions favor a strategy, you can capitalize on it in the market.