Interesting how yesterdays failed support at 1316.50 became resistance and tomorrow will be the VAH. This number keeps popping up. It's 1:46am as I type this and the market looks like it might open below the Value Area tomorrow. Good luck everyone. 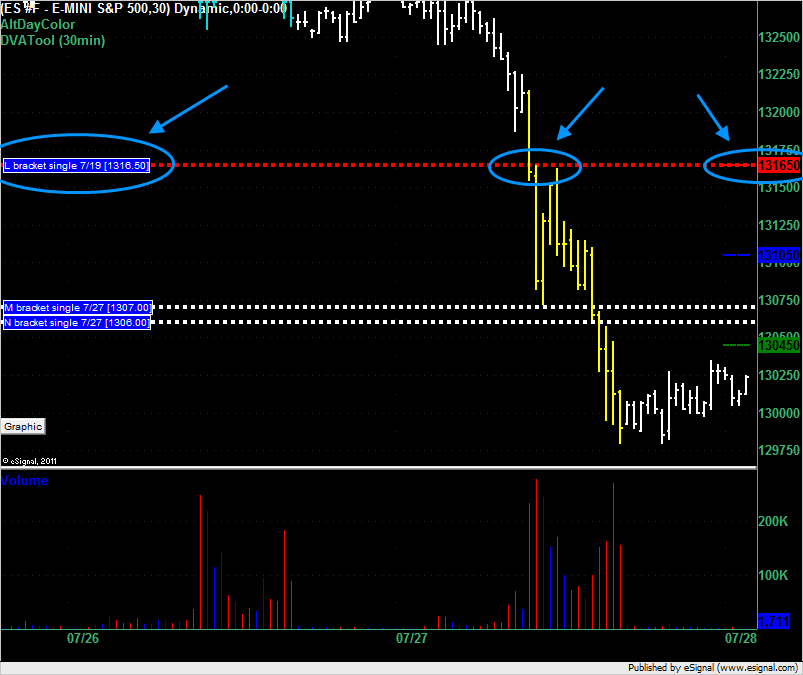 There is a 7 year note auction at the top of the hour. With all of the debt talk its results might bring some action to equities.
New:
Possible Fort Hood attack thwarted?

An AWOL U.S. soldier was arrested the evening of July 27 on an outstanding child pornography warrant in Killeen, Texas, and is suspected to have been plotting an attack on Fort Hood. The suspect, Pfc. Nasser Jason Abdo from Fort Campbell, Kentucky, was reportedly arrested by the Killeen Police Department after an alert citizen noticed he was acting suspiciously and called police. Local TV station KCEN said explosives were found in his car, and FOX News is reporting two other U.S. military personnel have been arrested and that weapons and explosives were also found in their possession. According to sources in the U.S. law enforcement community, a reported plot by three U.S. military personnel to attack Fort Hood was in the advanced stages of planning.

This guy did not want to go to Afghanistan on based of religious beliefs (Moslem), but was arrested for posession of pornography....lol

We started the day with the market rising and the single prints at 1306 and 1307 holding the market in check for a short while. The breakout to the upside then left a single print at 1307.75 which held the market with a worst case draw down of 1.25 points for 3 brackets (1.5 hours) before the market collapsed below it.

Right at the end of the day the market created a single print at 1298.25 and is now trading just under that. 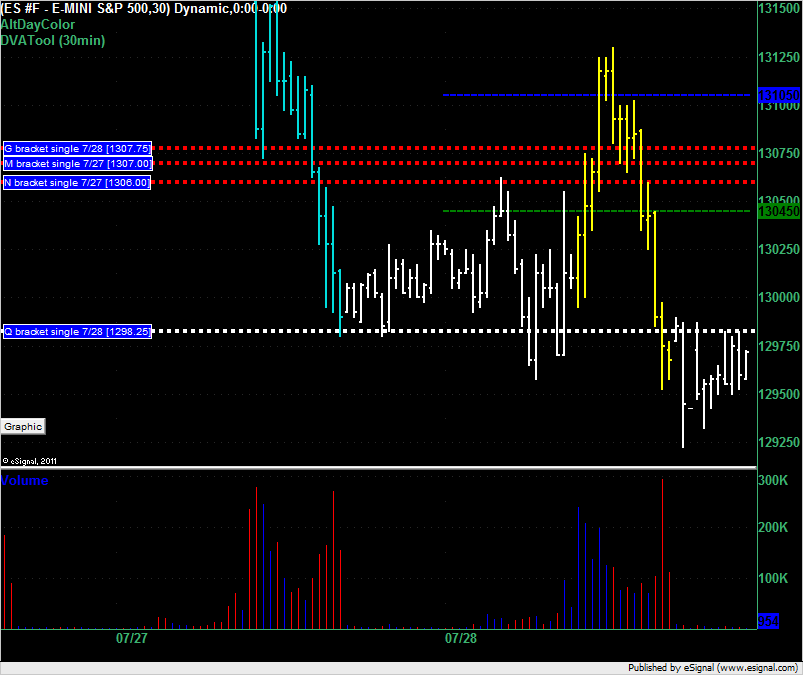