Here's my MonkeyMap of the ES 30min chart of 20 days. The Gray background is the "overnight" trading. The right vertical axis shows the 20-days worth of Volume at Price in Light Blue. The Red lines are my PASR "zones" of potential S/R with the Magenta potential semi-significant. The White dashed lines are the Weekly Pivots. Have a Yellow line above the current market that looks like a potential significant Fib cluster area to me. Hope this helps some in this whacky current market action! 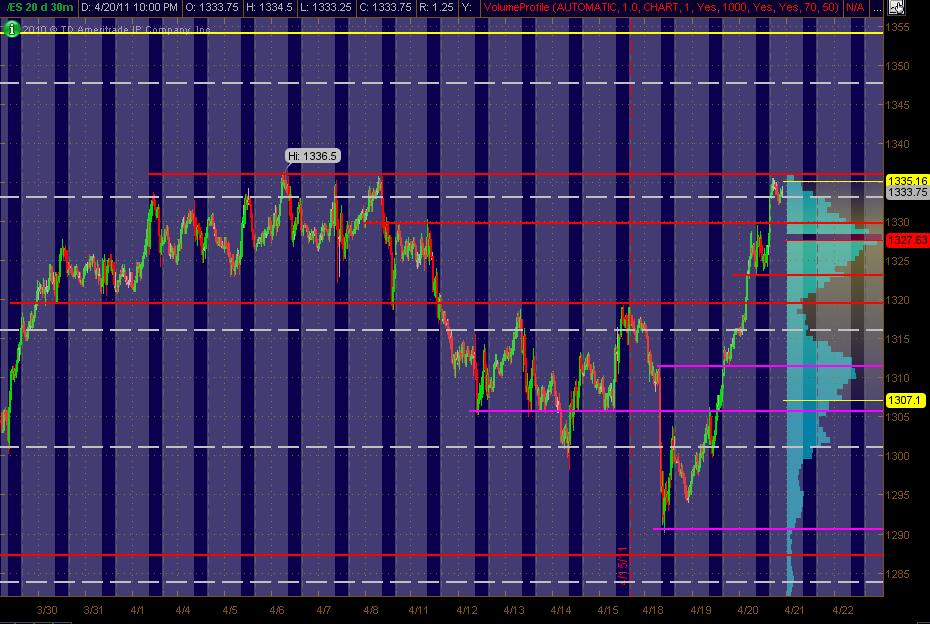 Don't have much in the way of PASR above what is a 3 year high for now ... my bad!
Btw, Bruce ROCKS on the git-fiddle and can create some way cool tunes. Maybe there's something to be said for the right-brained "artistic/musical" aspect of "reading" the market ... or hearing how the price dances with the music-of-volume and distilling the multiple overlapping melodies. Just a thought as to how Bruc-ifer tunes into divining the calls, often to the tick (or two), that he posts. Now that he's got a microphone and figured out how to vid his stuff ... maybe he'll share how to strum the market in a big Marshall stack kind of way. Just a thought!!

Google for more theories
Back in feb, after the 1343 high(basis Mar contract) I showed a chart hoping it wasnt the daily projection... it projected 1291.25! The last 2 weeks ,shorter term charts were hinting at 1290.50 and finally ,the 'superb' buying opportunity occurred at 1290.25. I have been trying to increase my size (4-10 lots) instead of my onsy, twosy's and have been trading the euro a lot, which has much more volitility. Positive seasonality yesterday, and today are propelling the market higher, tagging the yearly highs last night. That could end Monday, however! Had to buy a new computer and re-load ninjatrader 7, but i still cant get my fib extentions to work properly! So i cant show any meaningful charts untill i get that straightened out.. just went long at 1332.50 and exited 1334.25 (expecting 1335.25) on a short term buy scalp.. Hope to get my problems figured out soon!
nice to see you back kool !
O/N Profile. 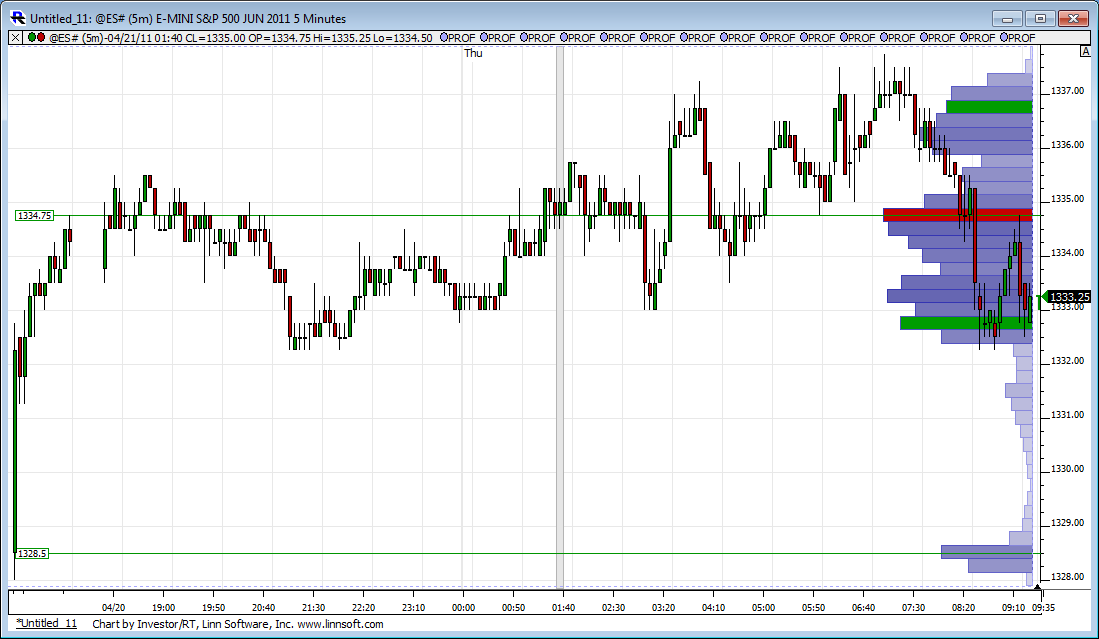 While stocks rallied again, expectations of future volatility tanked, which is unusual for this time of year. There has been only one other time in its history that the VIX closed at a 52-week low at any point in the week leading up to the Easter holiday, which was in 2002.

Most troubling is that while the VIX is dropping, S&P 500 traders are still paying dearly for put protection (see below). When we've seen this combination in the past, the market was within 1-2 weeks of a peak 6 out of 7 times." This reinforces my view of a short term top coming within a few days and a decline back to the 1320 and change number that both Bruce and i thought would hit yesterday!

nice to see you back kool ! 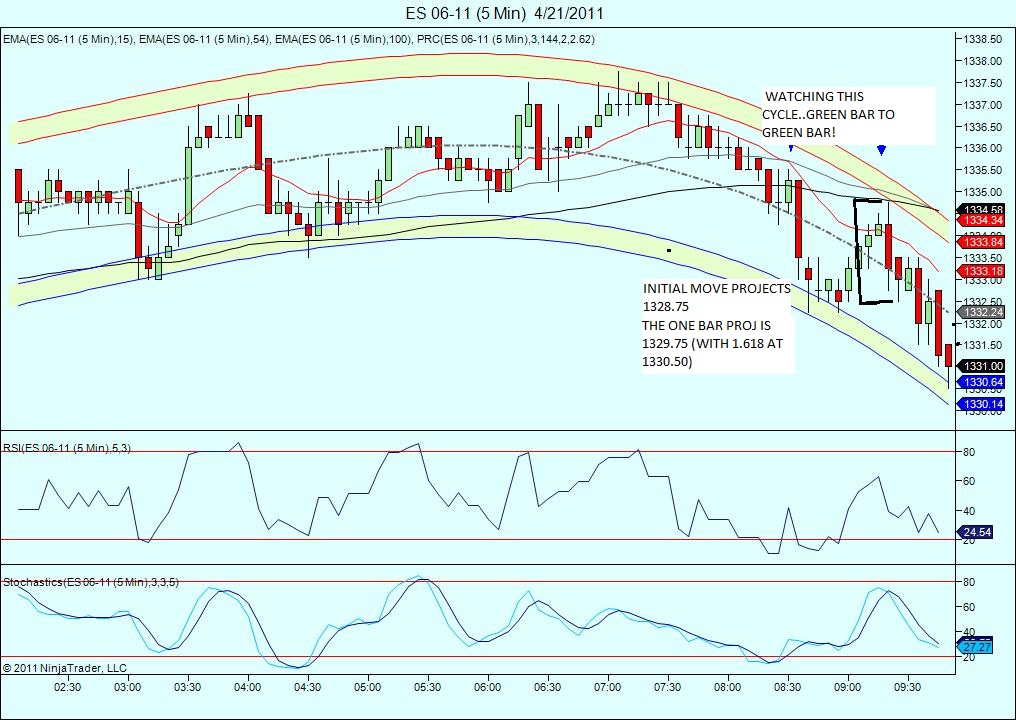