Here's my ES 30min Monkey Map of PASR levels as Red with White dashed lines as Wkly Pivots ... and Volume Profile of the past 20 days on the right vertical axis. The Gray background areas show overnight (non RTH) areas. Have a Fib cluster in and around 1183 as well (though not drawn in). Hope this is helpful. 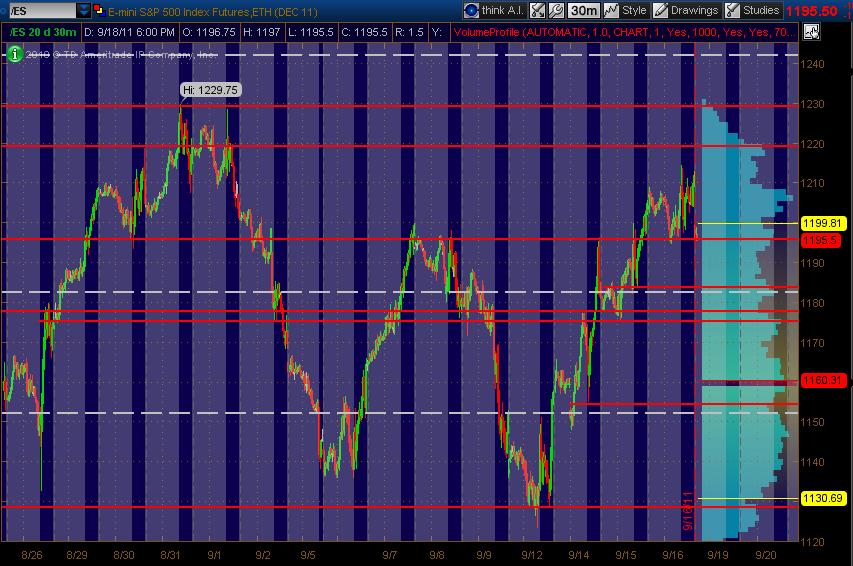 I would normally look for 1206 because for me, when the market breaks a new level, it often guns for a previous POC that has not been touched.. But the open to open theory is interesting and I'll watch it.. I didn't take the [email protected] because there was a lot of res above... but the assumption is to the POC if we go above 1202


Here is the answer to that :

" in trading, you can only follow yourself.. you can learn from others, but you can only listen to yourself.. Trust "the force" within you.. "
96.50 area on MP
lasa
We all do our best to become a jedi.. so 1207.25 was the assumption?
So generally, the open is the launchpad to lean on for entries?
Many numbers are being posted here. You got to have your own system to go by. You also have to do your home work. Set up your charts the way you understand and feel fluent with.
When people come here and post numbers, you look at your set-up, look at your system, some of the numbers posted will be congruent with the numbers given by your system or way of seeing. THERE! will be a potential trade for you.- Forget about how others trade and post here. You got to find YOUR WAY OF TRADING! Many here will make 20 trades in one day. You may only make one trade. So what! It's you and your trading. (Your one trade could be a 10 pointer per car x5 cars and one commission to pay per car) The other guy has 20 round turns in commish to pay for, in maybe 2 cars? . hmmmmm .... no to mention the loosing trades he/she may had out of them 20 trades........////


Della, sorry, your post got lost in the flurry of other posts - there was quite a conversation going between Al and Tradzilla.

As I mentioned, today is a news-driven day. Greece was on call with EU. Last rise was due to Greek PM saying that talks were productive and rumors of Greece defaulting were exadurated. They are going to continue tomorrow with another call. So tomorrow is going to be whippy again until the announcement.

Re MP chart, below is my chart of the last few days. We stopped at resistance 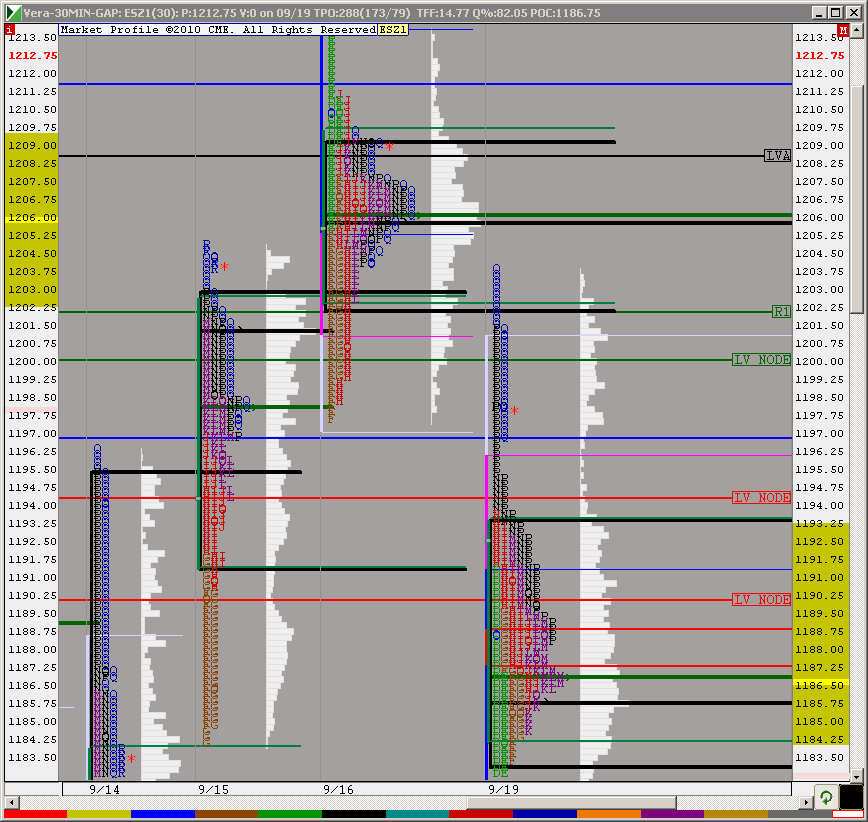 Just looked, this Forum had 23 pages today - I think it is a record....lol.
True, I don't change my trading method what I see from others but I will observe their method to see if I can take something out of it.. There are many ways to trade the market and we all have our filters to make sense of it..
I dont get that kind of news what service are you on I try not to lisson to all the nuts on cnbc
it give me a head hurt I read alot this weekend on MP what bruce gave me and stuff on marketdelta also Bruce and you have been a big help
Thank you stay rite here with us PLEASE
Rich
Id go broke trying to read todays posts and trade. In the morning I look for Bruces levels and see how they mesh with mine. Reading any more here will probably cause a brain fart {for me anyway}. A 1.5 stop in 35 pts ranges which we have been having is suicidal in my opinion. You can get an execution and stop at the same time. Best wishes and good trading RB
Emini Day Trading / Daily Notes / Forecast / Economic Events / Trading Indicators / Search / Terms and Conditions / Disclaimer / Books / Online Books / Site Map / Contact / Privacy Policy / Links / About / Day Trading Forum / Investment Calculators / Pivot Point Calculator / Market Profile Generator / Fibonacci Calculator / Mailing List / Advertise Here / Articles / Financial Terms / Brokers / Software / Holidays / Stock Split Calendar / Features / Mortgage Calculator / User Pages / Donate